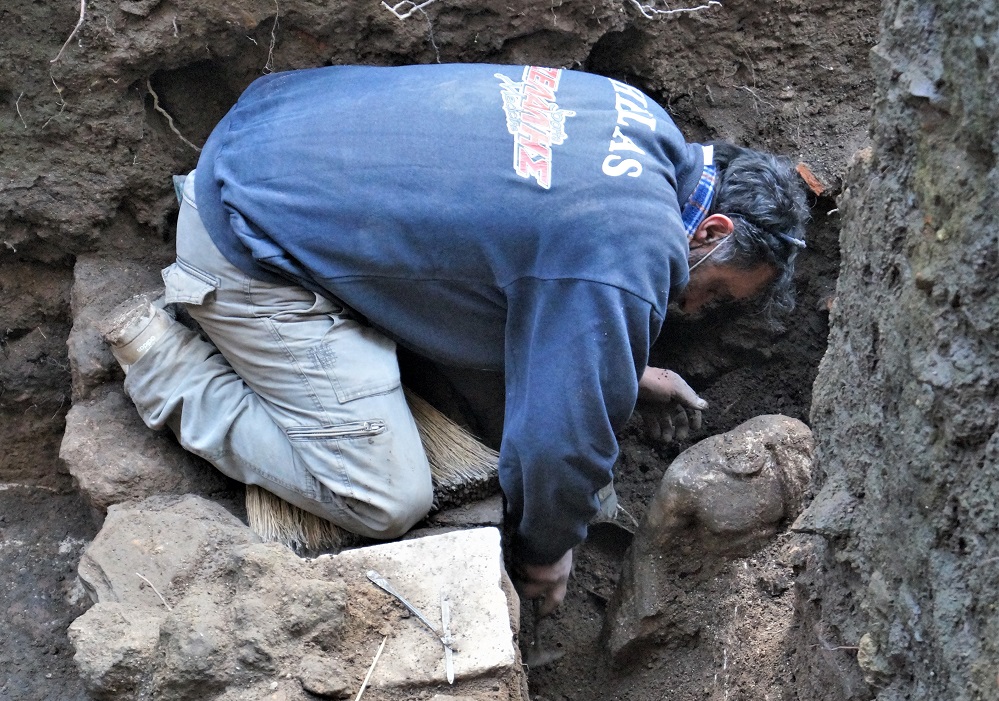 In the centre of ancient and modern Veroia, very close to the open archaeological site of Agios Patapios, during a rescue excavation by the Imathia Ephorate of Antiquities on one of the few plots that have not been built, a significant and unexpected discovery took place on Friday 17 December: a marble statue of about 1 metre (around 3/5 of the natural size) dating from the Imperial era when Veroia, as the seat of the League (Koinon) of Macedonians and the centre of the imperial worship, was the primary city in Macedonia, the centre of political and cultural developments in the area and also an axis of cohesion and a refence point of ancient Macedonian traditions.

With a cloak around the left shoulder, the naked youth with an athletic body is revealed in marble, reminiscent of ancient models and statues related to Apollon or Hermes. This is the work of a very skilled craftsman, though it remained incomplete. For some reason, the sculptor decided to abandon it although it was near completion. This makes it especially valuable for the study of the technique and the production of these works, copies or free interpretations repeating famous prototypes, allowing us to approach the Veroia school of sculpture from a different viewpoint, since it has particular recognizable characteristics from the Hellenistic era and peaked during the time of greatest prosperity of the city, in the Antonine and Severan ages (2nd and early 3rd centuries).