“Spirtokouto the Musical War in four walls”, based on the film by Yannis Economidis, at the Onassis Stegi from November 11

The Spirtokouto is transformed into a musical, based on the film by Giannis Economidis, on the main stage of Onassis Stegi from November 11, 2022.

A petty apartment that groans, an A / c that doesn’t work. A TV that plays incessantly. Cigarettes and frappes. The folk chant of a brown father, the troubled voice of a mother. The rhythmic delirium of a sexist son, the majestic Aria of the brother-in-law. The harsh language and the burning questions are recast in musical terms: “What are you going to do with Linda, Vangelis?”

The family carnage starring Dimitris, owner of a cafeteria, does not take long to break out and in one Sunday of August everything blows up in the air. The violence strikes red, the faces go in and out of the “matchbox” with the songs and melodies of their despair. The wife Maria, the children, the rest of the dog, everyone against everyone, and in the middle the soloist father familias.

The Greek family we loved and hated remains the same, 20 years later. People who “scream” each his own purpose and each of them has his own music. The conflicts, Dreams, problems and pathogenies of the “Holy Greek family” in a high-risk multistylistic musical spectacle: “War! War! We’re at war!»

What would it be like if these people sang instead of talking? How Can The Matchbox be transformed into a musical? Giannis Niarros raises the gauntlet and answers these bold questions in the most extreme, groundbreaking way. Nine musicians, eleven performers and many other contributors magnify the grotesque reality of the Greek family and, guided by the original musical work of Giannis Niarrou and Alexandros Livitsanos, present us with a new, unimaginable version of the legendary matchbox with the #ftiaxtotobourdelo prompt.

Giannis Economidis, the creator of the 2002 film, who has made the libretto for the musical and has taken over the artistic direction, said of the Matchbox The Musical: “beyond the difficulty and risk of the whole project, what is of great interest is the reworking of the matchbox in musical terms by a new talented generation, which submits in its own bold way a complete artistic proposal, which surely only respect and admiration can inspire.»

Giannis Niarros, who has taken over the music, lyrics and direction, States: “in a work that fuels the clash of characters, his musical narrative could not fail to include the clash of musical genres. The characters of our Greek family each arm their own weapon and enter the war. The immortal father-protector-male of the Greek family does not stop “barking” even 20 years later, either with psychological-physical violence or with his sexist light-folk songs. “Our daughter” continues body-shaming in the rhythm of despair and bratopedism. Twenty-year-old unkempt trappers (“my son, my Pasha”) dream of gangbangs in drug-fuelled fuckspots. And we dance to the beat while dreaming of a politically correct world. My fear that the pathologies of the Greek family will be eliminated / smoothed out, if the matchbox is rendered musically, was completely destroyed. As is my hope, that 20 years after the Matchbox we will have changed. In the end, however, the Greek musical can be harsh, realistic and raw and we have remained the Greeks of 2002.»

Alexandros Livitsanos, who co-signs the music and at the same time has undertaken the orchestration and musical direction, adds: “From a confrontational chaos, an emblematic film with rigid realism, deafening pauses, screams and a rickety fan, we were called to create an entire musical work. It took many times to recall existing memories and people similar to the ones in the film and think “what music was he listening to?” and “when this was done, what was the radio playing?” thus was born The Matchbox The Musical, musically perhaps the strangest work for me, since the characters openly waver between different and conflicting genres only within a few musical meters many times. Each character acquired its motif, each harsh phrase and curse their chords and the endless cacophony of a brawl its counterpoint. With the power of music as a vehicle, parabolic and several times with humor, we underlined the bad texts, as if you were forcing –as a punishment– a heinous criminal to dress up as a clown and walk around with a red nose.»

Afroditi Panagiotakou, director of culture of the Onassis Foundation, who has the artistic direction for the roof in the Matchbox, comments: “fix it. It’s not the loud voices that make the Matchbox deafening. It’s people’s lives. All people in matchboxes. Even if the heroes spoke in whispers, in unbearable whispers, it would still be deafening. And now that they sing, thwarted obsessions praise. It’s that agony, the fury that comes out at the “fix it”Command. The fan present to rekindle the fire and remind of suffocation. And all this with bursts of bitter laughter like desperate breaths. Fix it, fix it, fix it. What to make first?” 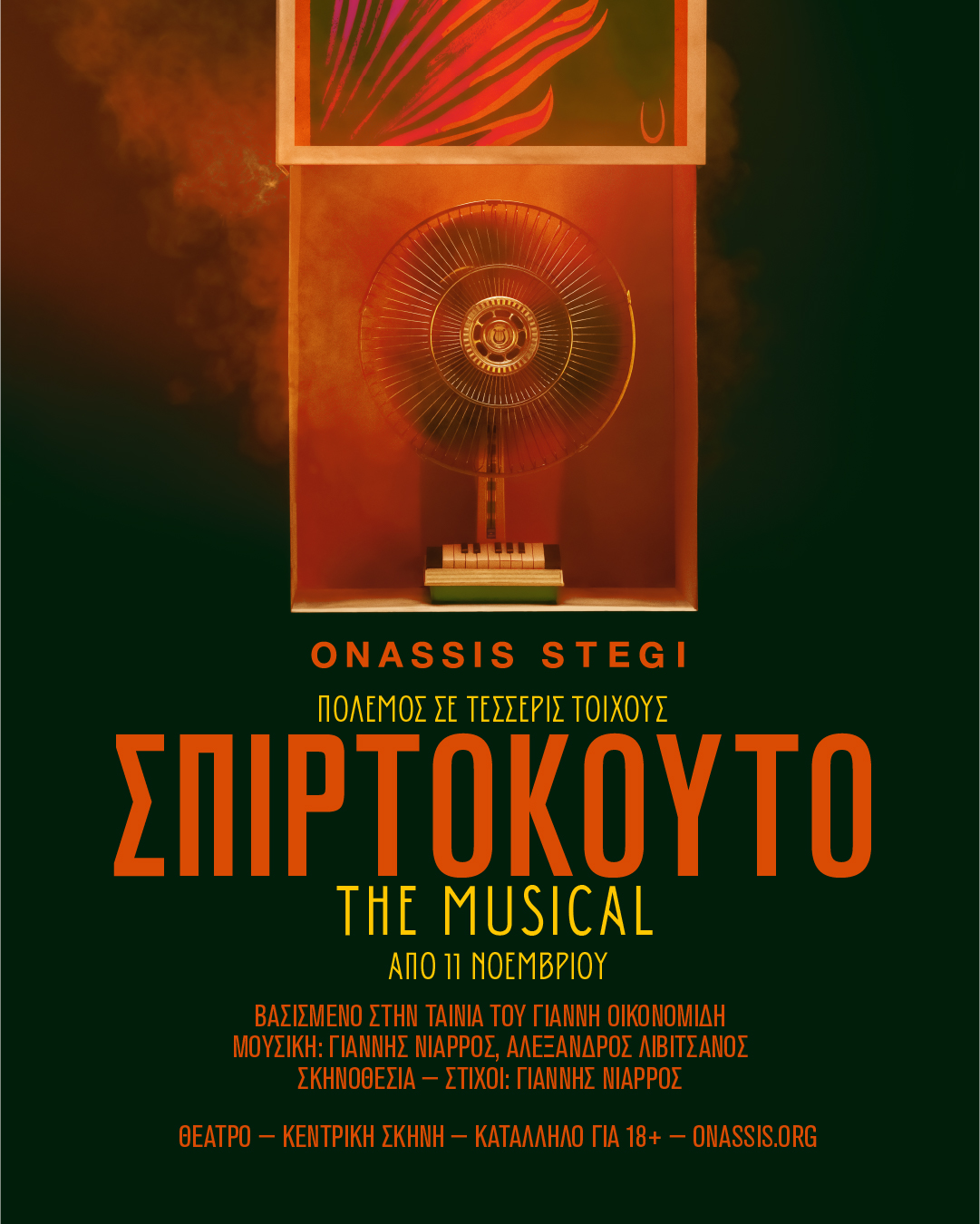 Based on the film by Yannis Economidis