Bazil & Elize Goulandris Fotis Kontoglou and his influence on the younger generation (From today to yesterday with a view to tomorrow). A review by Margarita Kataga. 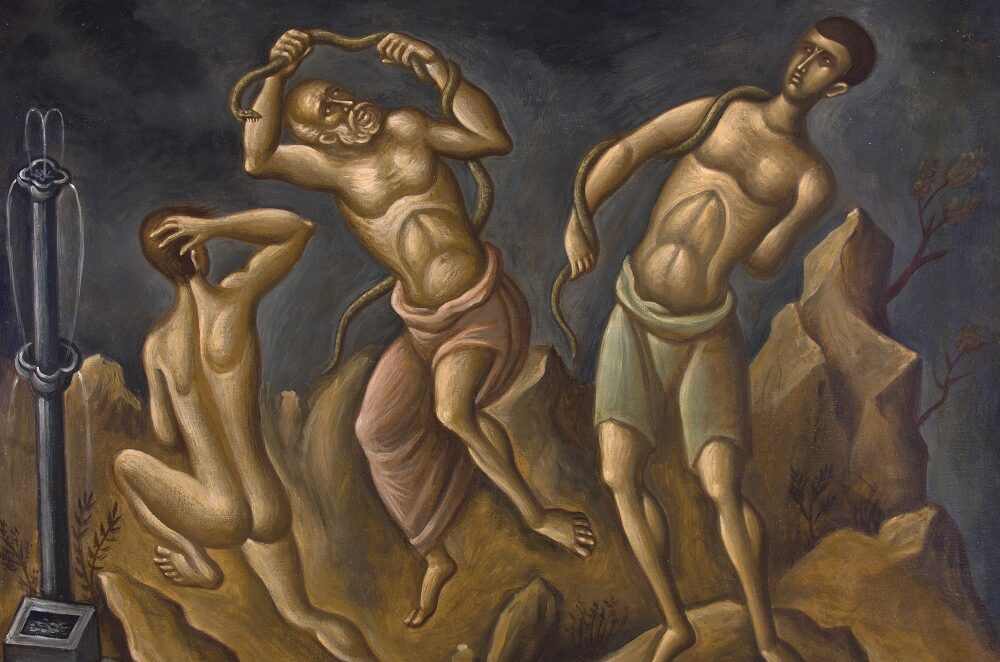 The Museum of the Basil & Elise Goulandris Foundation in Athens begins its autumn exhibition activity by presenting to the public, in the area of temporary exhibitions, the extremely important anniversary tribute to the centenary of the national disaster of the uprooting of Asia Minor Hellenism entitled Fotis Kontoglou and his influence on the younger generation.

The dialectical stigma of the curator of the exhibition, General Director of the Basil & Elise Goulandris Foundation, Mr. Kyriakos Koutsomallis, has resulted in the organization and curation of an exhibition in which the visual and literary stigma of the Greek heritage becomes a pivot with the rays of the younger and contemporary Greek artists. 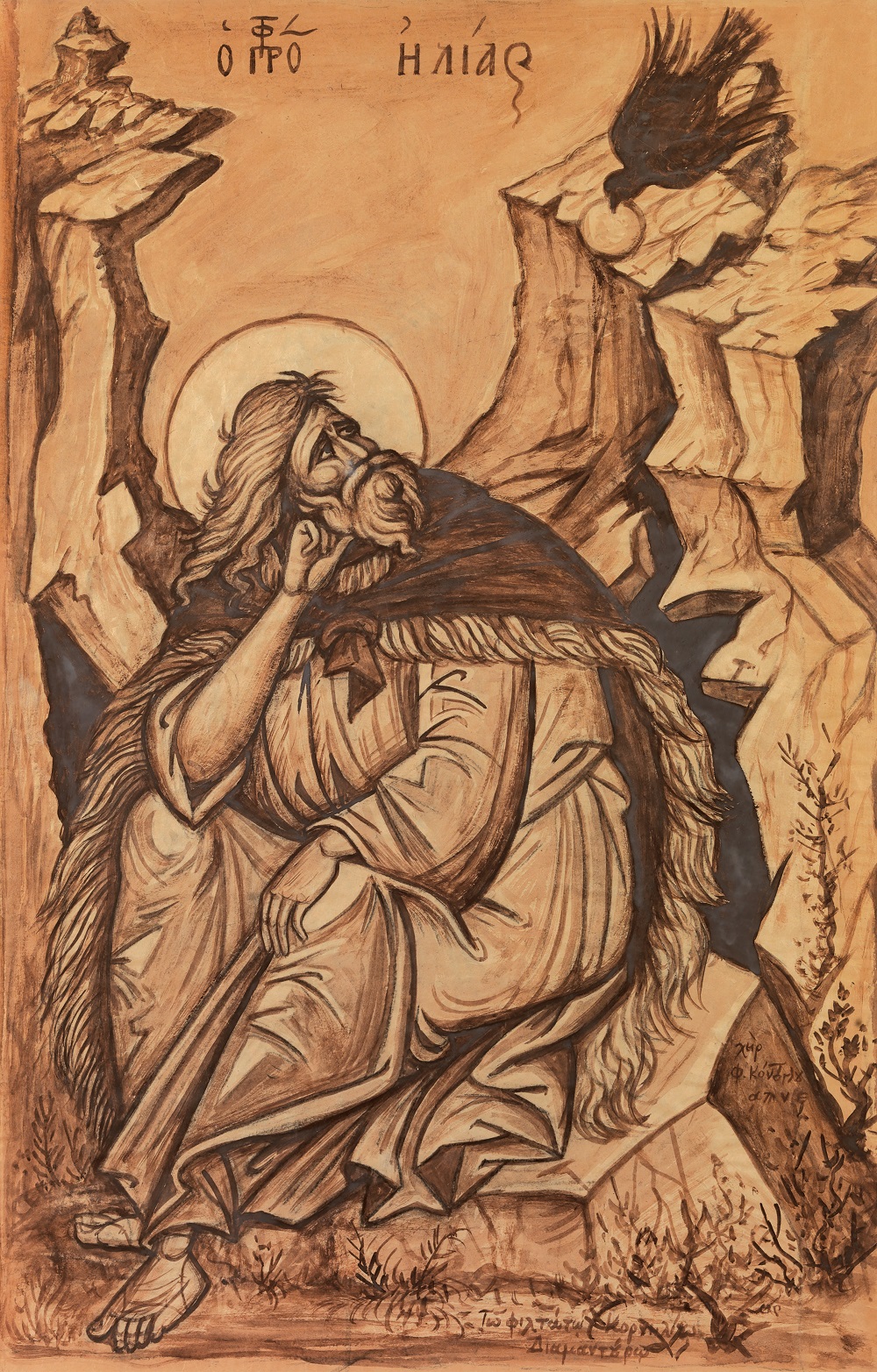 It is the anniversary of “the national tragedy recorded in the long Greek history as the supreme catastrophe”, as EleniGlycatzi-Arveler notes in the preface to her book Asia Minor, Heart of Hellenism (Gutenberg Publications).

FotisKontoglou, a refugee at the age of 27, settled in Greece in 1922. Earlier, in 1913, after completing his studies at the historical high school of Kydonia, he had gone to Athens to study at the Athens School of Fine Arts. He interrupted his studies and began a traveling tour, ending up in Paris, where he stayed for about a year after the end of the First World War.

Throughout his multi-dimensional artistic life, Kontoglou transcended the ideas of modernism and stood on illustration and the preservation of the Greek tradition, in unbroken unity with Orthodox doctrine, with a particular influence on his younger generation. Thanks to his preoccupation with Byzantine art and his prominent literary work, Kontoglou emerged as one of the most important teachers of modern Greek art in the decade of 1930. 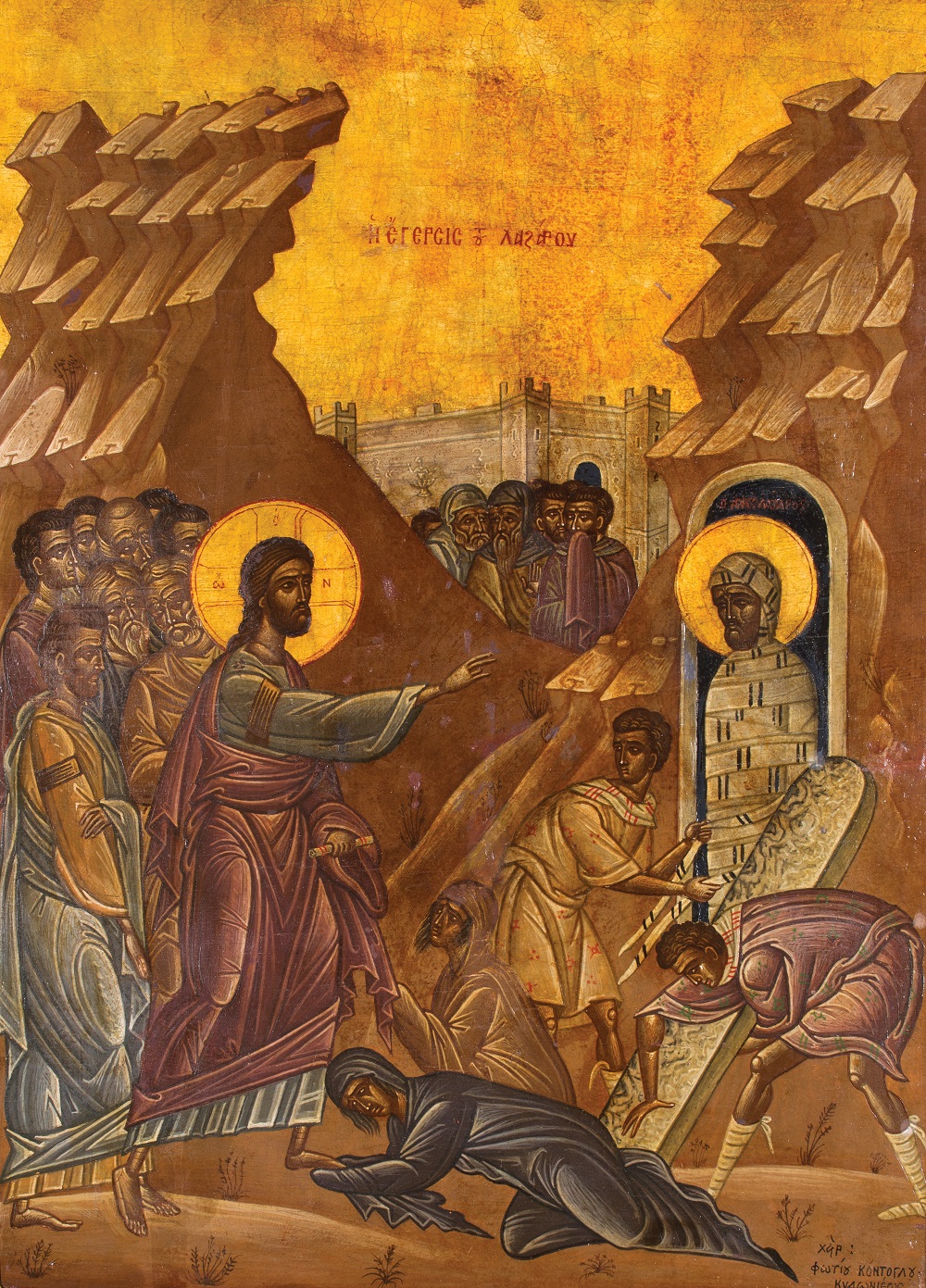 In the exhibition of exceptional standards in terms of design (architectural result of Mrs. ParaskeviGerolymatou – ELIX and Mr. Andreas Georgiades), along with the masterpieces of the teacher, the coexistence and presentation of the most prominent of the modern Greek art, N. Engonopoulos and G. Tsarouchis, as well as, of course, Moralis, Loukopoulos, Vourloumis, Kopsidis, Karousos Diamantopoulos and others. The exhibition which is developed in seven different thematic sections ( The first students, Myths and Heroes, Portraits, Topographies, Topography, Uprooting, Temple Stories, Iconography) demonstrates – apart from the masterpieces of the teacher – the great sketches of Nikos Engonopoulos as well as rare portraits of YannisMoralis.

Another major challenge of the exhibition is the relationship and relevance of Kontoglou’s work to the younger generation of artists.  The modernist Kontoglou of his early years and the more introverted Kontoglou of the 1950s coexist and interact in the exhibition with important representatives of younger generations of modern Greek art. As Mr. Kyriakos Koutsomallis states in the exhibition’s catalogue, “FotisKontoglou wanted himself to be a painter of images”.  In the exhibition at the Museum of the Basil and Elise Goulandris Foundation, with painterly intensity and lyricism, we can discern the Byzantine-type readings of his work by talented artists such as YannisMitrakas with an inventive portrait based on a youthful photograph of the teacher with reference to the famous fresco from Kontoglou’s residence. Stamatis Skleris takes the image of Kontoglou’s Isaac of Syros in a perfect, modern ascetic form, while Andreas Kontellis and Nikolaos Houtos give a new dimension to the venerable figure of the creator. 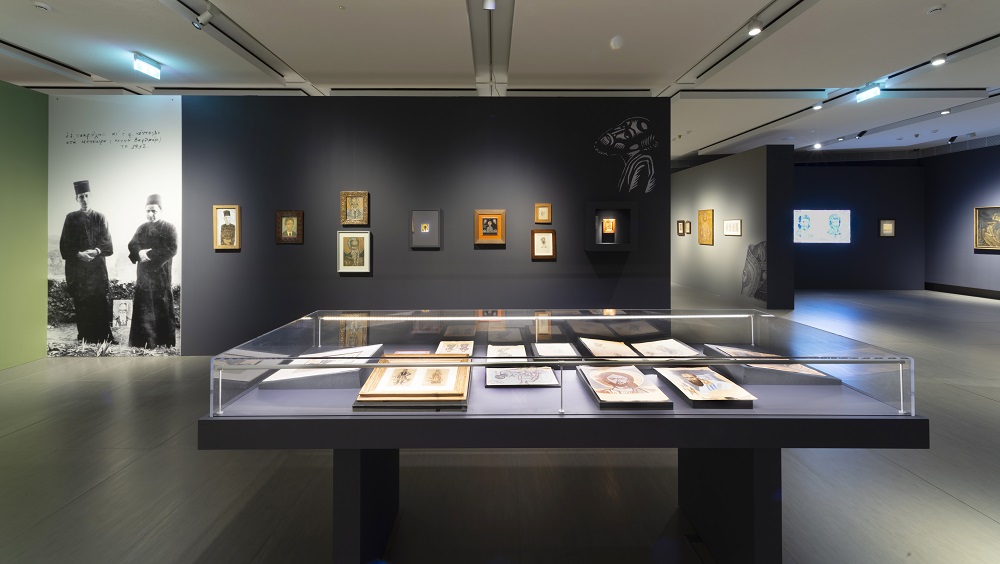 In the inexhaustible structure of folds and readings of the newer works in the exhibition, we also stand by the exceptional portrait of EdouardouSakayan based on a documentary photographic portrait depicting YannisTsarouchis and FotisKontoglou in the uniform of monks in Meteora.

At the same time, we also observe the manifestations of the drama of refugeeism in the work-memorial of Giorgos Rorris, who celebrates the ancestral world of Aivaliotis, and StefanosDaskalakis, who celebrates the traces of the drama of the persecuted, and we also observe works commissioned specifically for the exhibition, such as the surrealistic one, mythological environment in the work of Nikos Moschos or the work – synaxari by Konstantinos Papamichalopoulos, which is based on a manuscript by FotisKontoglou that belongs to the collection of his expert on his work, theorist Christos Margaritis.

As the art historian George Mylonas aptly points out, beyond the theoretical framework of Christos Margaritis, the scenographic perception of space demonstrates the links and subterranean continuities. 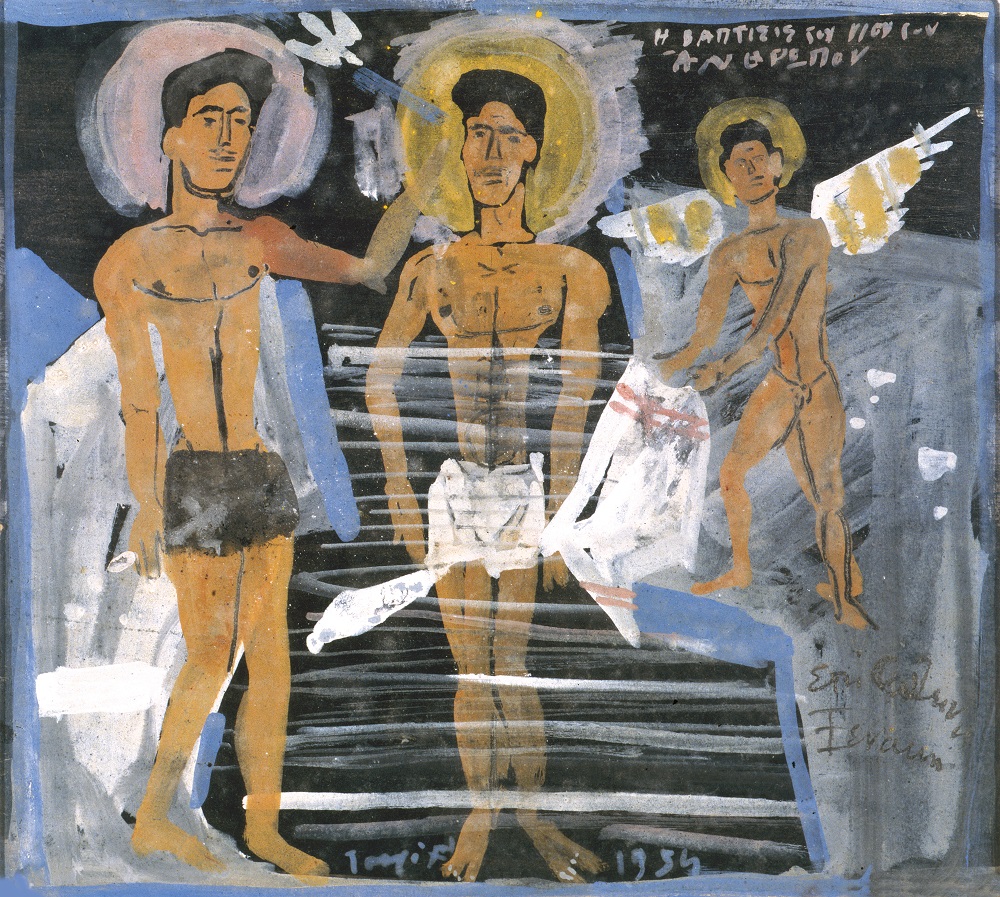 The exhibition is accompanied by an excellent publication, the 400 page catalogue , which is published with the sponsorship of the Non-Profit Cultural
and Public Benefit Society AIGEAS, with textw by Kyriakos Koutsomallis, Dimitris Pavlopoulos, Professor of Art History, Department of History and
Archaeology of the University of Athens, Spyros Moschonas, Dr. Art History, University of Athens and George Mylonas, Art Historian. Photographs of the
135 works offered for the purposes of the exhibition by 52 lenders, private individuals , art institutions and important museums, as well as the National
Gallery of Greece, which exhibits the unique “Mural with witch the artist decorated his house”,1932.

Duration of the exhibition: 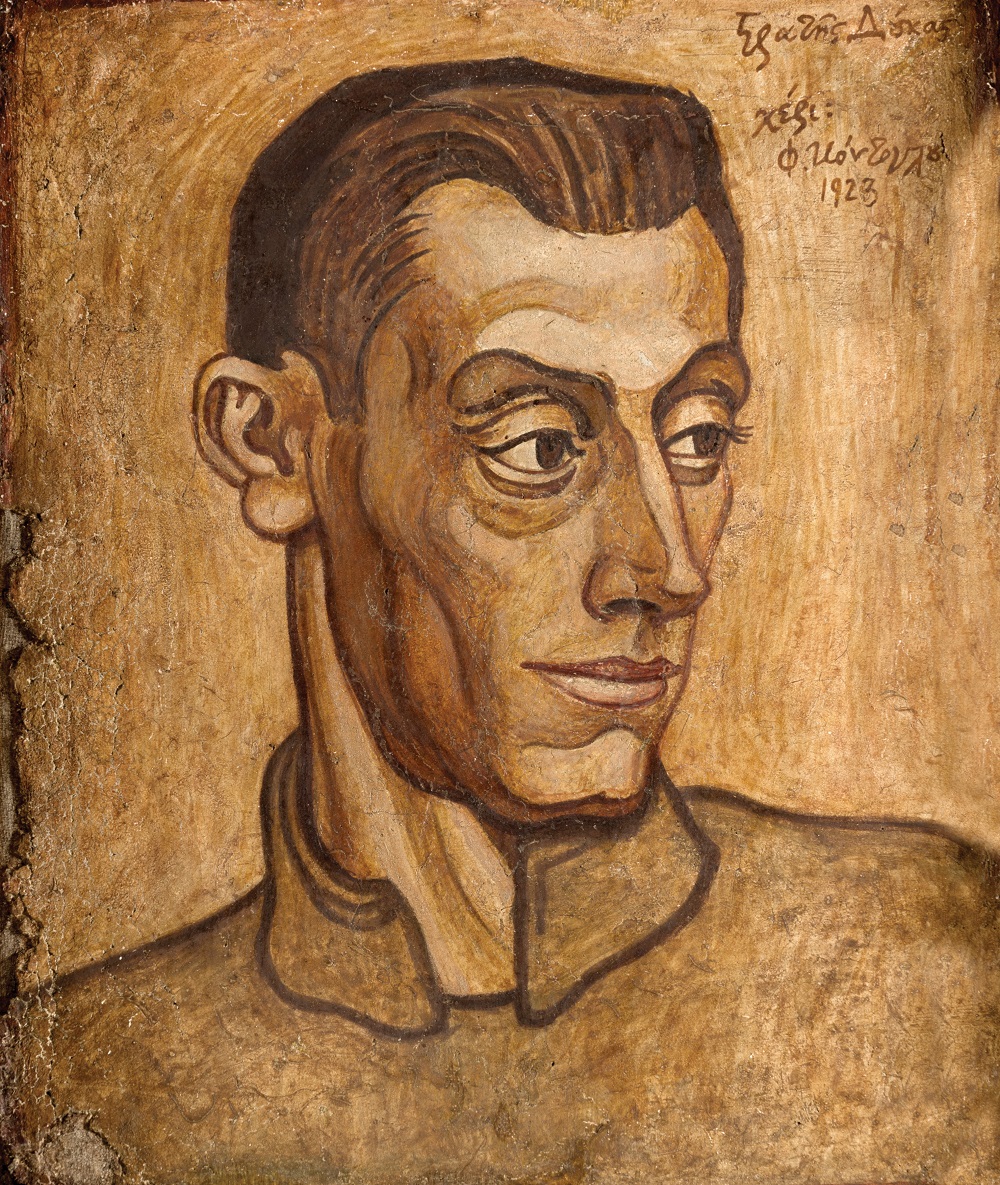 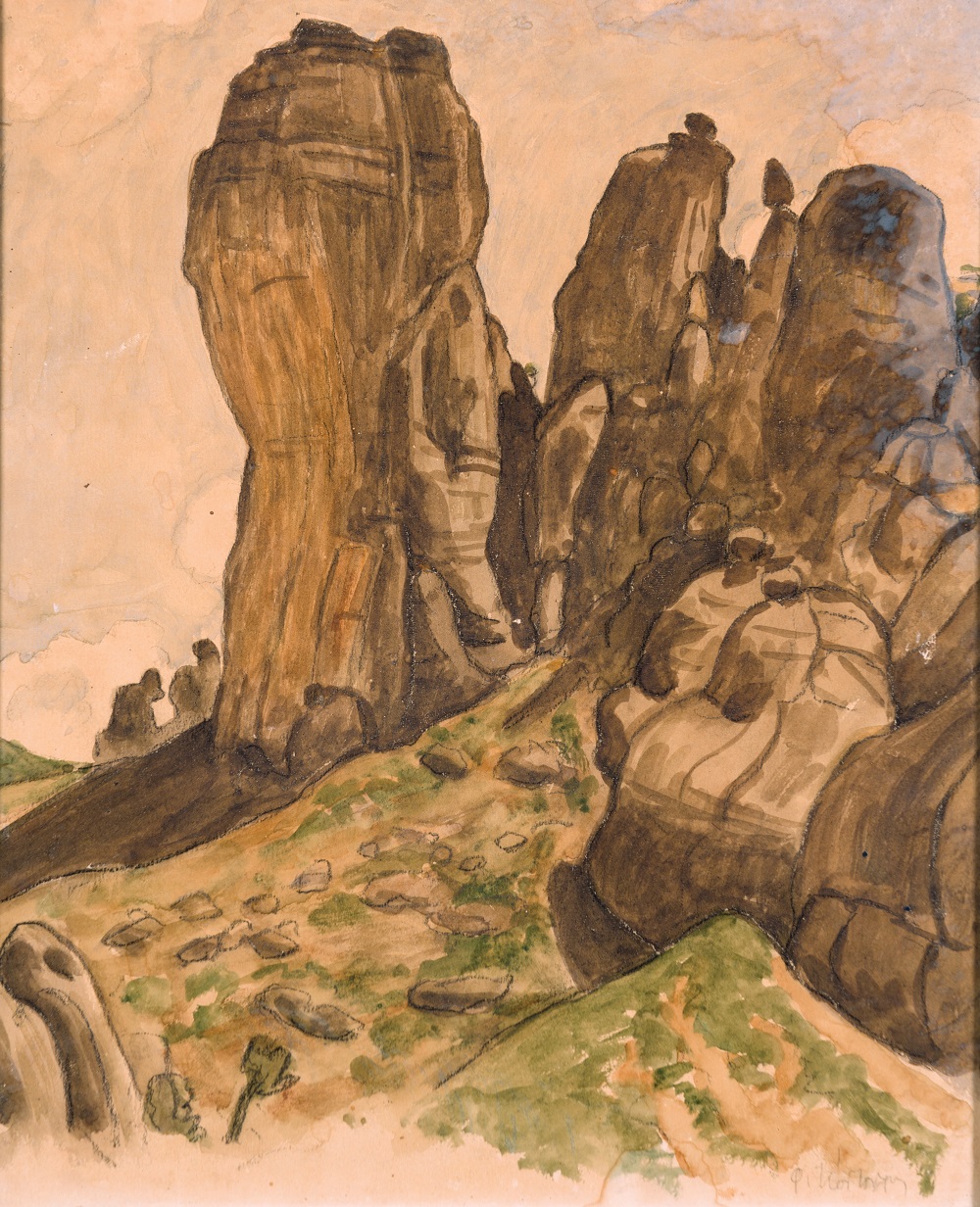 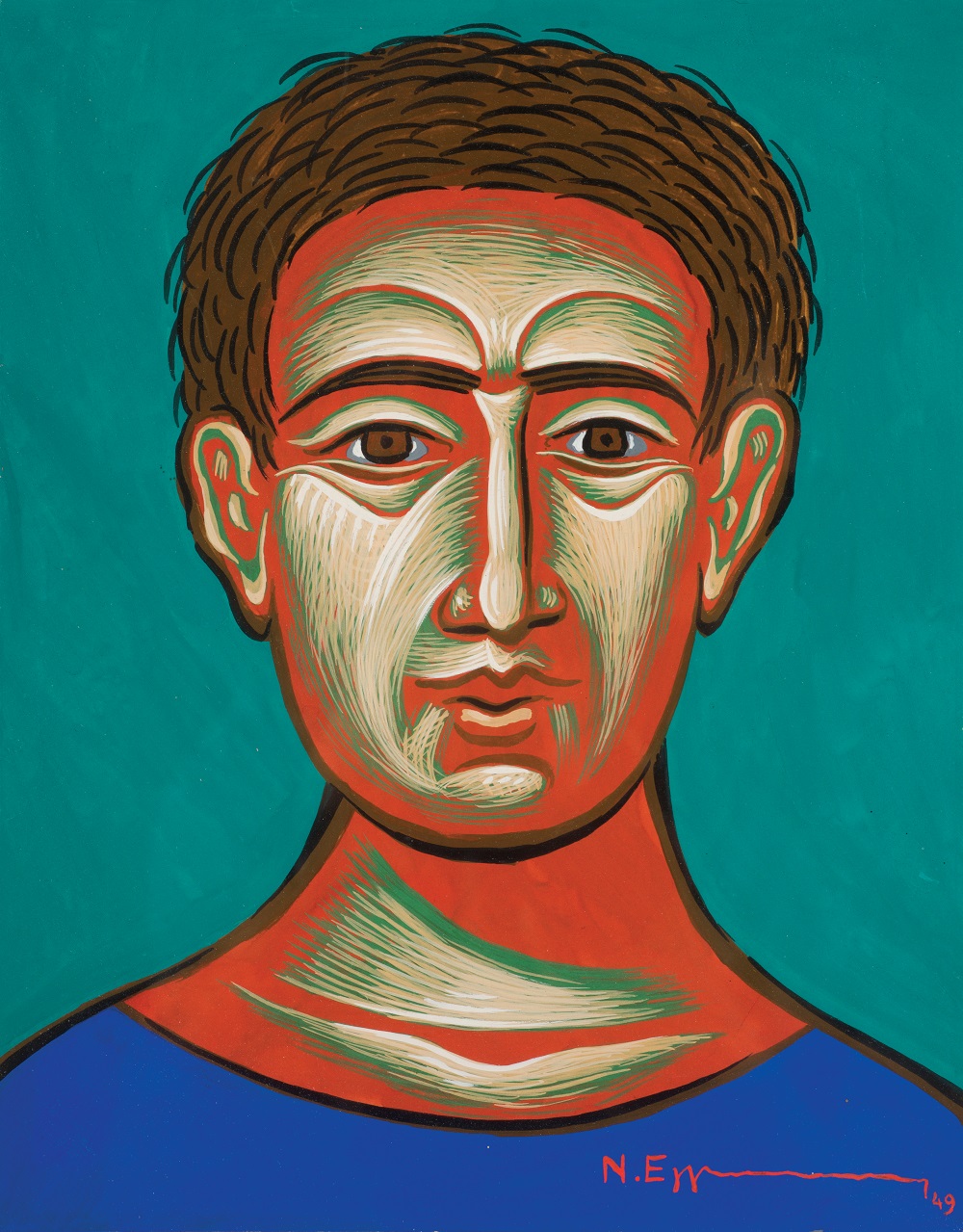 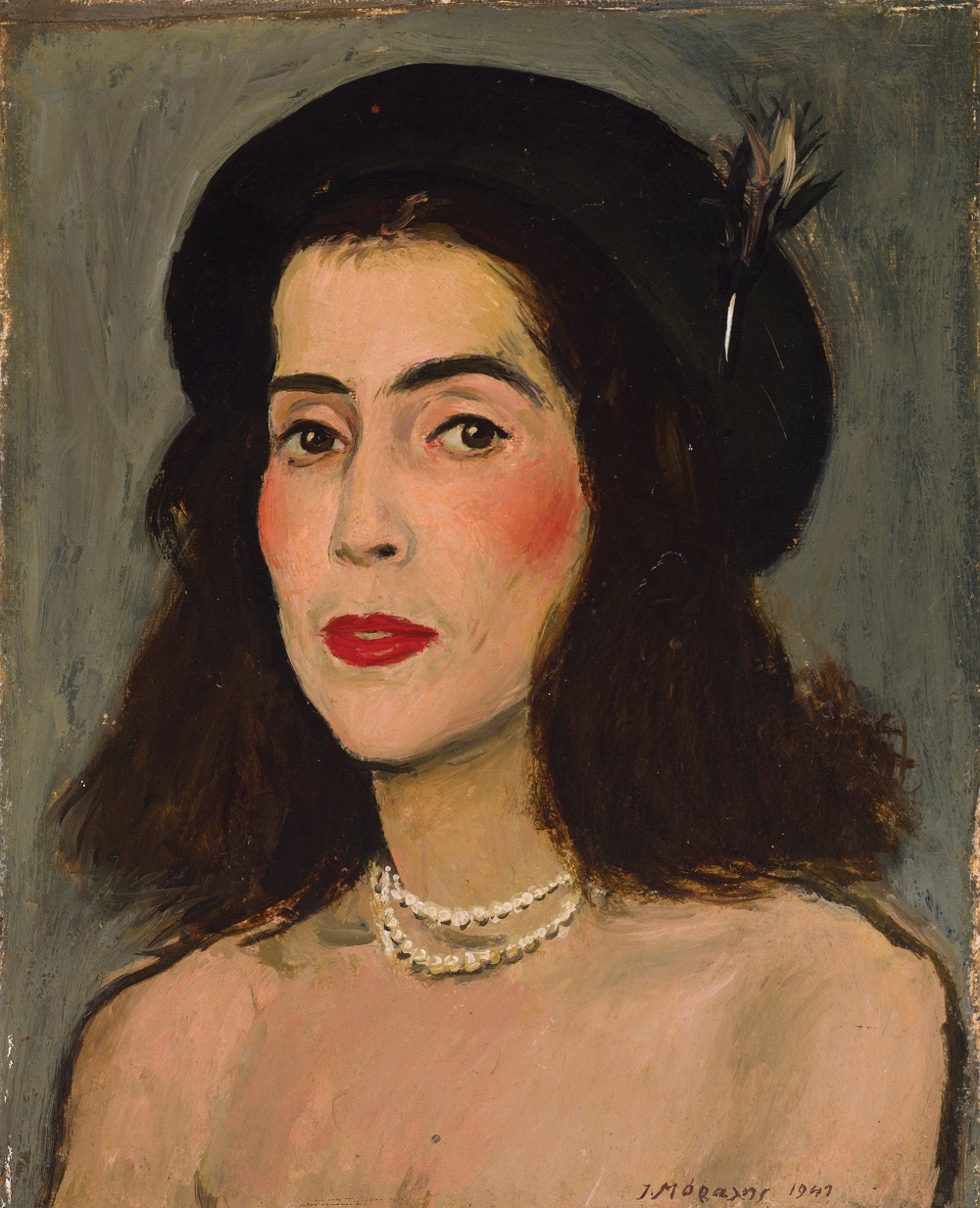 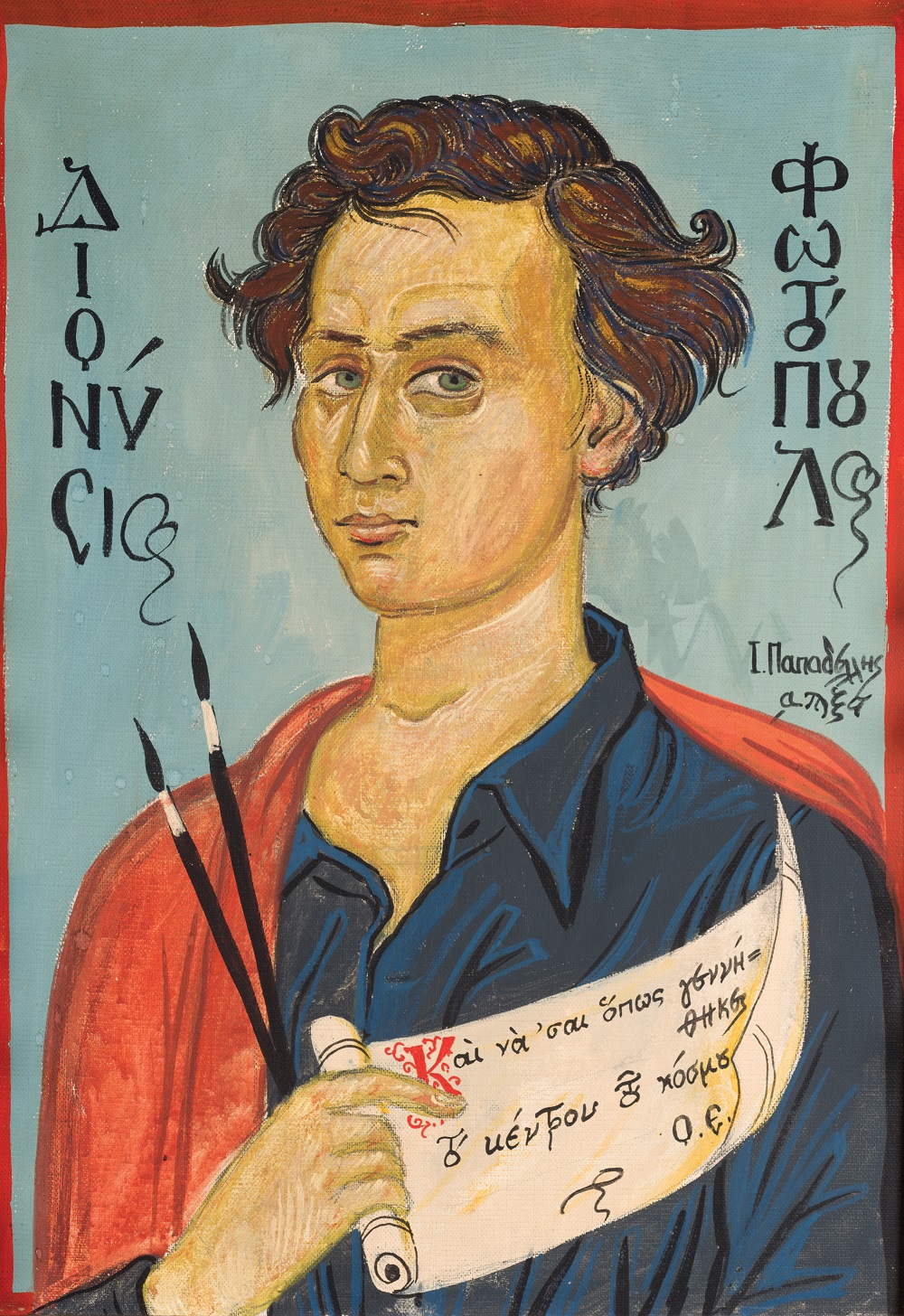 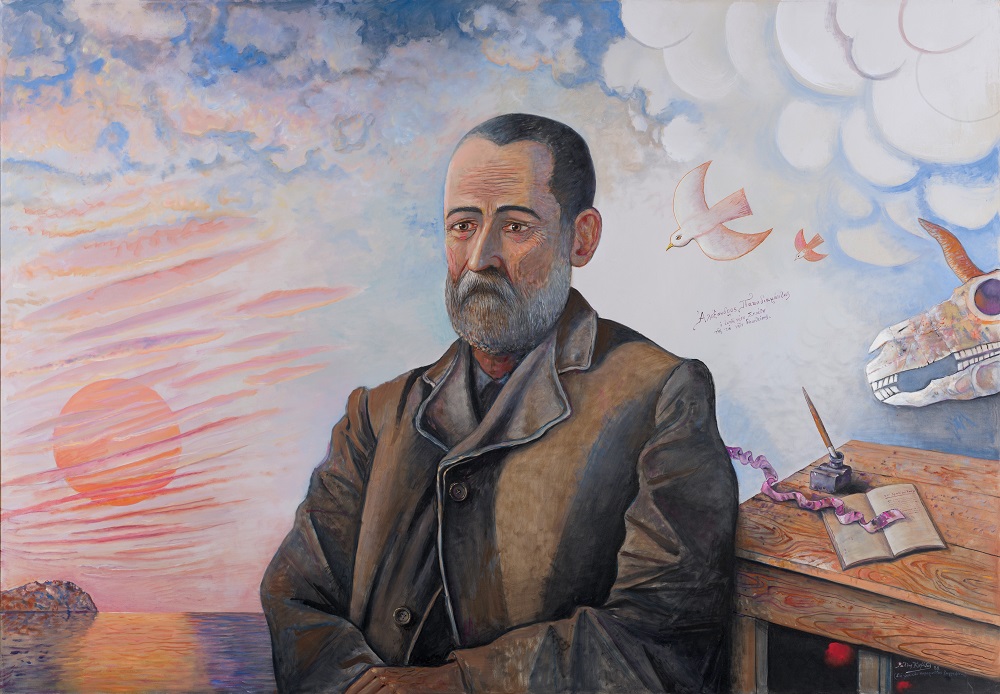