Honouring of the Professor and President of the Department of History – Archaeology of the University of Patra, Dimitrios Damaskos by the Archaeological Institute of America.

Corresponding Member of the Archaeological Institute of America Professor/ President of the Department of         History – Archaeology of the University of Patras D. Damascos 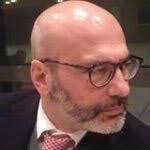 This distinction is awarded to scholars whose contribution to the field of Archaeology is of outstanding significance. Members of the Institute are distinguished scholars who hold a recognized position in a discipline of archaeology or in the arts and sciences related to it, including the fields of education, conservation, and museums. In order to be awarded this distinction, members are nominated by their peers and elected by vote of the Council  (https://www.archaeological.org/).

In this context, this distinction of Professor Dimitris Damaskos is a special honour for the University of Patras because it proves once again the scientific excellence and the excellence of its teaching staff.