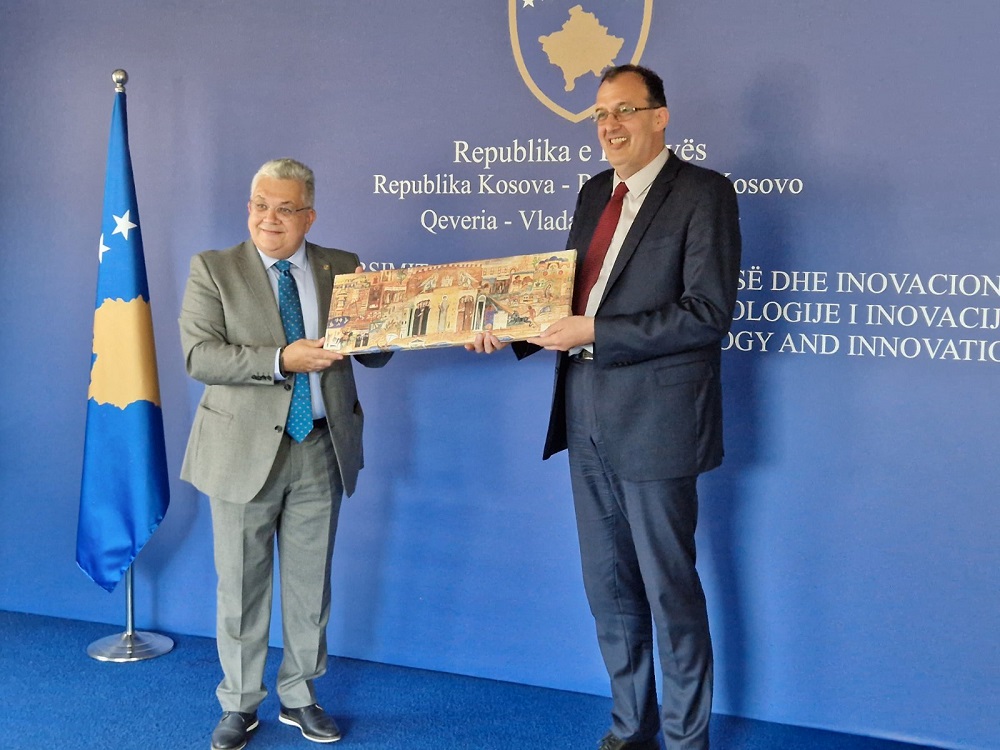 The Aristotle University of Thessaloniki has become an important European educational hub with influence in Southeastern Europe, with the undertaking of the European programme “Young Cell Scheme (YCS)”, which concerns the training of public administration executives in Kosovo.

The programme offers, through the provision of scholarships, the opportunity for students from Kosovo to study in English-language postgraduate programmes at European universities. Immediately after graduation, they will be able to work in the Kosovo public administration for a period of three consecutive years, occupying senior positions in the public administration.

Within the framework of the programme, summer schools and lifelong learning programmes will be held at the AUTH. The proposal to undertake the project was submitted by Professors Nikos Panagiotou and Christos Fragonikolopoulos of the Department of Journalism and Media of the Aristotle University of Thessaloniki.

The Rector of the Aristotle University of Thessaloniki, Professor Nikolaos G. Papaioannou, met with the Deputy Prime Minister of Kosovo Besnik Bislimi and the Deputy Minister of Education, Science, Technology and Innovation Dukagjin Pupovci, on Monday 4 July 2022, in Pristina, as the project will start immediately, in July 2022. The meeting was attended by the Head of the Liaison Office of the Hellenic Republic, Ambassador Eleni Vakali and the Scientific Officer of the “Young Cell Scheme”, Professor of the Department of Journalism and Media of the Aristotle University of Thessaloniki, Nikolaos Panagiotou.

“The implementation of the programme by the Aristotle University of Thessaloniki demonstrates the scope and extroversion of the institution, as well as the broader leadership role it undertakes to play in Southeastern Europe”.

The scientific coordinator of the programme, Professor of the Department of Journalism and Media of the Aristotle University of Thessaloniki, Nikolaos Panagiotou, said “I am particularly excited about the success of an effort that aims to highlight the university and Greece. I would like to thank everyone who contributed to this effort and especially the Rector of the AUTh for his practical support.”