The Acropolis Museum is travelling to Palermo. 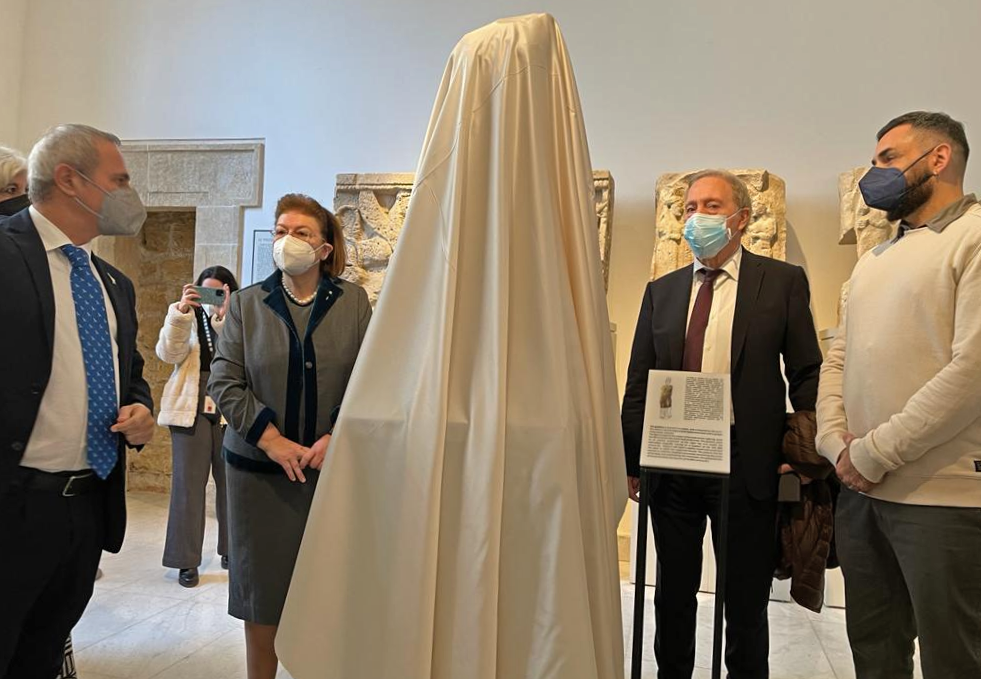 The Acropolis Museum is travelling to Palermo

The statue of goddess Athena (Acr. 3027), dated between 420-400 BC, from the Acropolis Museum collections, was placed today in the emblematic archaic sculptures gallery of the Archaeological Museum Antonino Salinas in Palermo for four years, to be replaced later on by a geometric vase. In this formidable statue, Athena is depicted bending her body as she leans on her –lost today- spear that she would have held in her left hand. She is dressed in a peplos that envelops her curves, and over this a tight aegis which passes obliquely under her left arm. On the aegis’ centre there was originally a Gorgon head probably made of metal and secured in the drills opened there.

The presentation of the sculpture took place today in an official ceremony, presence of the Minister of Culture, Mrs. Lina Mendoni, the Deputy Minister for Culture, Mrs. Lucia Borgonzoni, member of the Senate of Italy, the Assessore of Cultural Heritage and Identity of Sicily, Dr. Alberto Samonà, the Director of the A. Salinas Museum, Dr. Caterina Greco, Professor Louis Godart and the General Director of the Acropolis Museum, Professor Nikos Stampolidis. 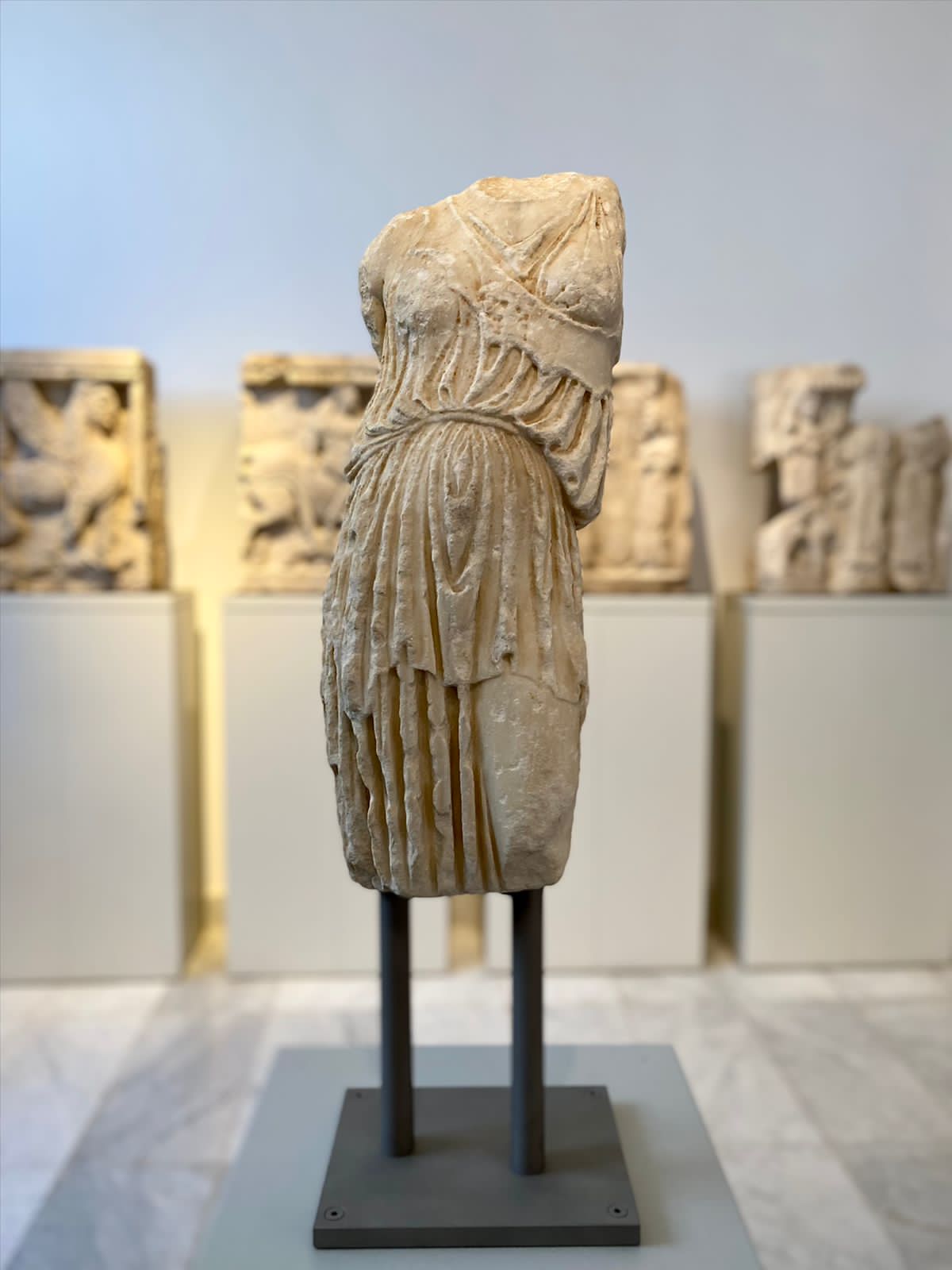 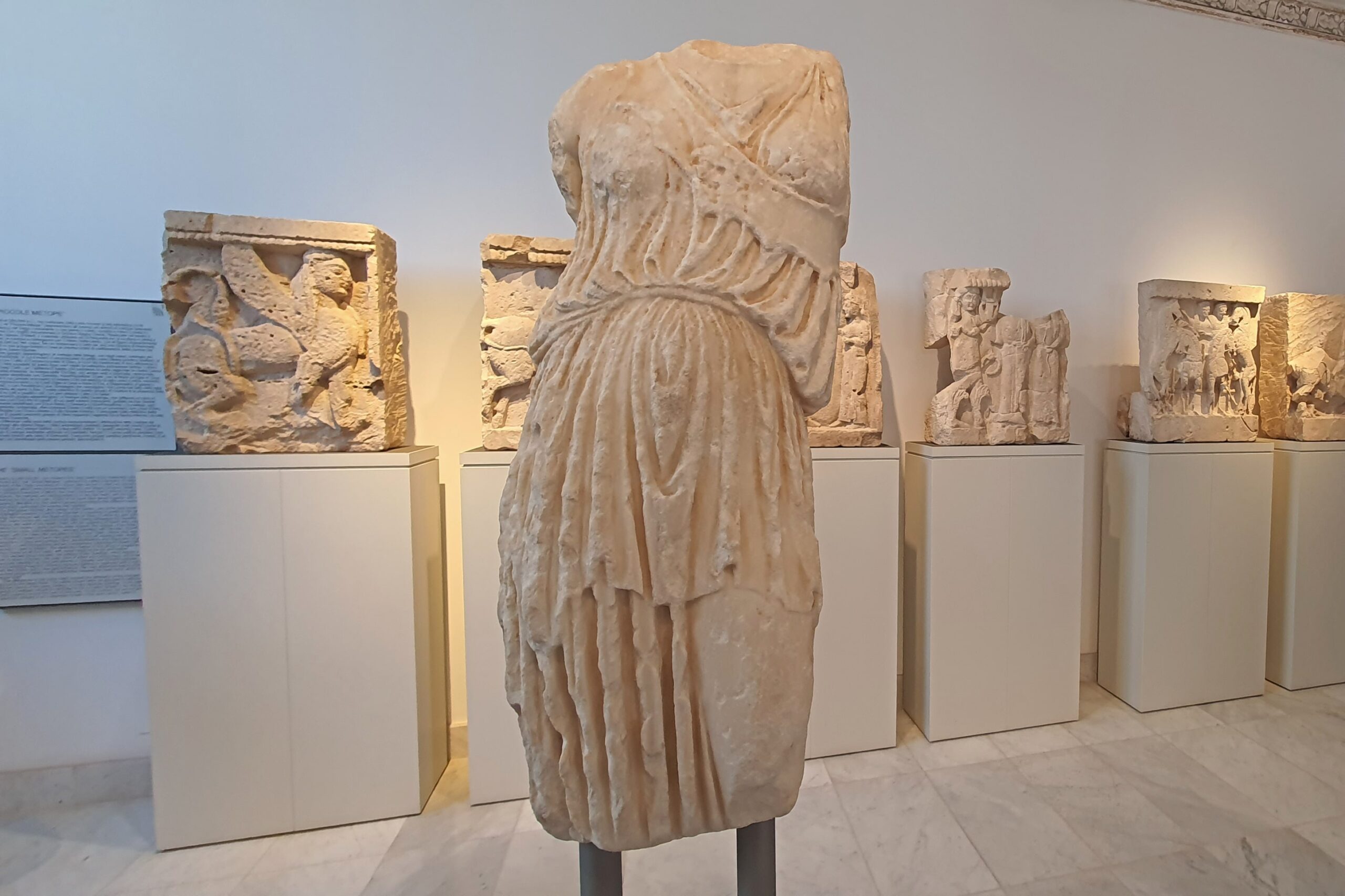 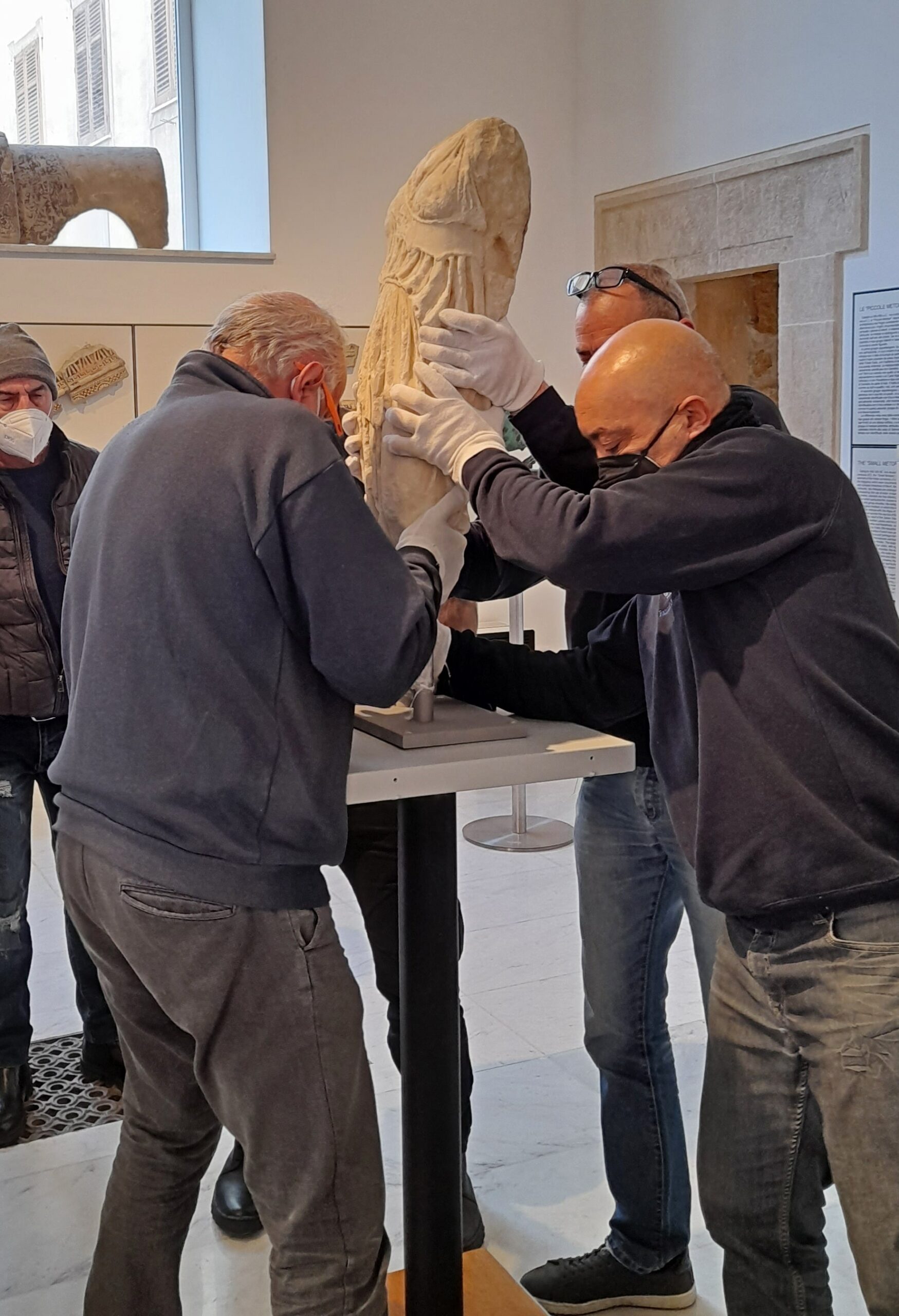 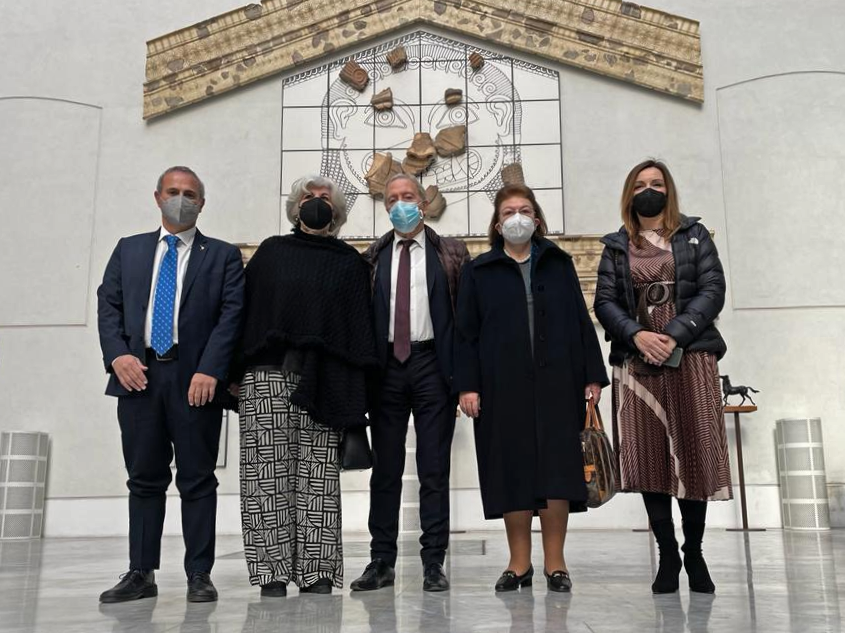 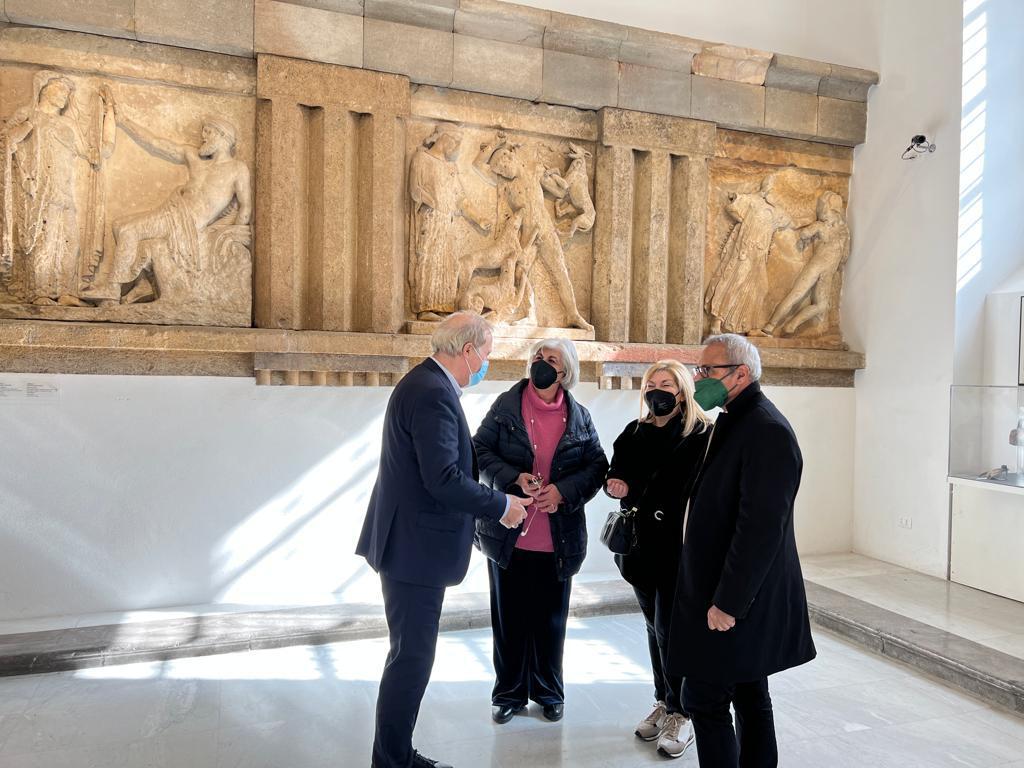 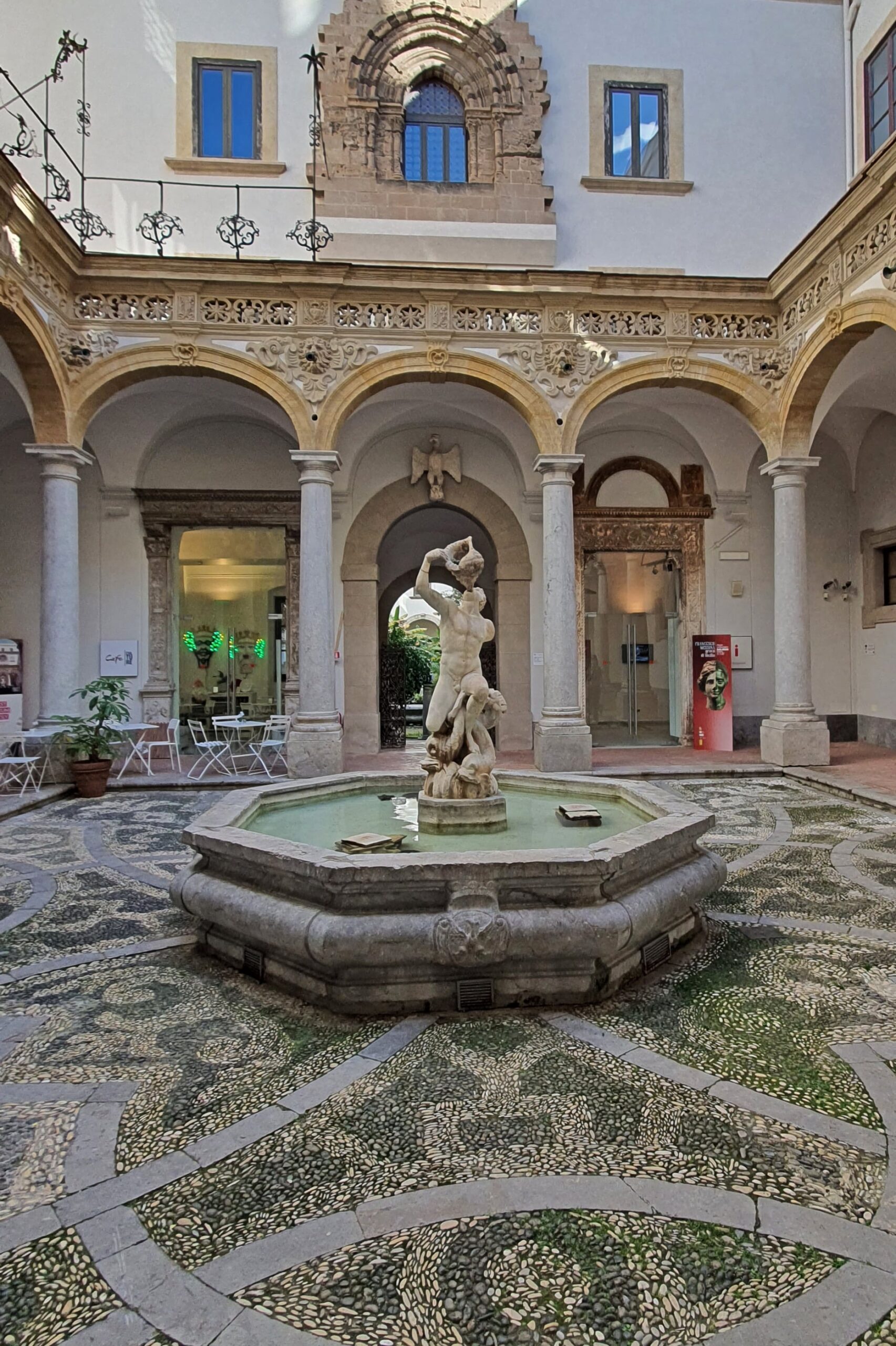