From Larissa to Berlin the Schliemann furniture of the Kachigra Museum 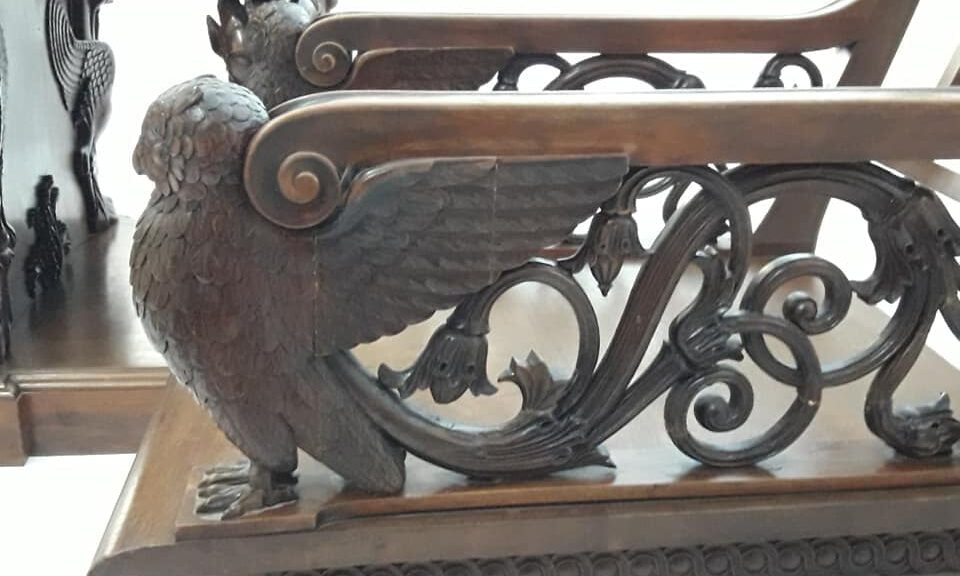 The Neues Museum on Berlin’s Museum Island is holding a special exhibition at the James-Simon-Gallery on the work and life of well-known German archaeologist Heinrich Schliemann with around 700 objects, including the “Schliemann’s furniture” part of the G.I. Katsigras collection. The official opening took place on Thursday 13th May in the presence of the Minster of Germany for Culture and the Media CLAUDIA ROTH Mdb, the President of the Prussian Cultural Heritage Foundation HERMANN PARZINGER, the Mayor of Berlin KLAUS LEDERER, the Director of the Museum of Prehistory and Early History MATTHIAS WEMHOFF. The Minister of Cultures and Sports in Greece LINA MENDONI participated with a video-taped message. The event included the live performance of accordion player MAXIM SHAGAEV and a theatrical play by KLASSE 6.1 – Heinrich Schliemann Gymnasium. The opening was also attended by members of the Schliemann family, the representative of the Greek Orthodox Church in Berlin, the Director of the National Archaeological Museum of Athens Ms Karapanagiotou, the head of the Directorate of Archaeological Museums, Exhibitions and Educational Programs of the Ministry of Culture and Sports Ms Lazaridou, the President of the Numismatic Museum Mr Kakavas, as well as Ioanna Deligianni, Head of the Independent Administrative Department and financial services of the Municipal Gallery of Larissa- G.I. Katsigra Museum.

The Municipal Gallery of Larissa-Museum G. I. Katsigra Museum, through the strategy it has followed in recent years, has managed to highlight the cultural wealth of the Katsigra Museum to a very significant extent so that the participation of the famous Schliemann Furniture in the International Exhibition in Berlin was requested.

The loan process started about a year ago. In contact with the respective curators of the Neues Museum in Berlin, Mr. Bernard Heeb informed that an anniversary exhibition on the 200th anniversary of the birth of Henry Schliemann was to take place at the Berlin Museum, in which exhibits from the world’s largest museums such as the Louvre, the Hermitage, etc. would be included. The Neues Museum’s request and the terms of the loan of the furniture were examined by the Board of Trustees, which approved the loan for six months. 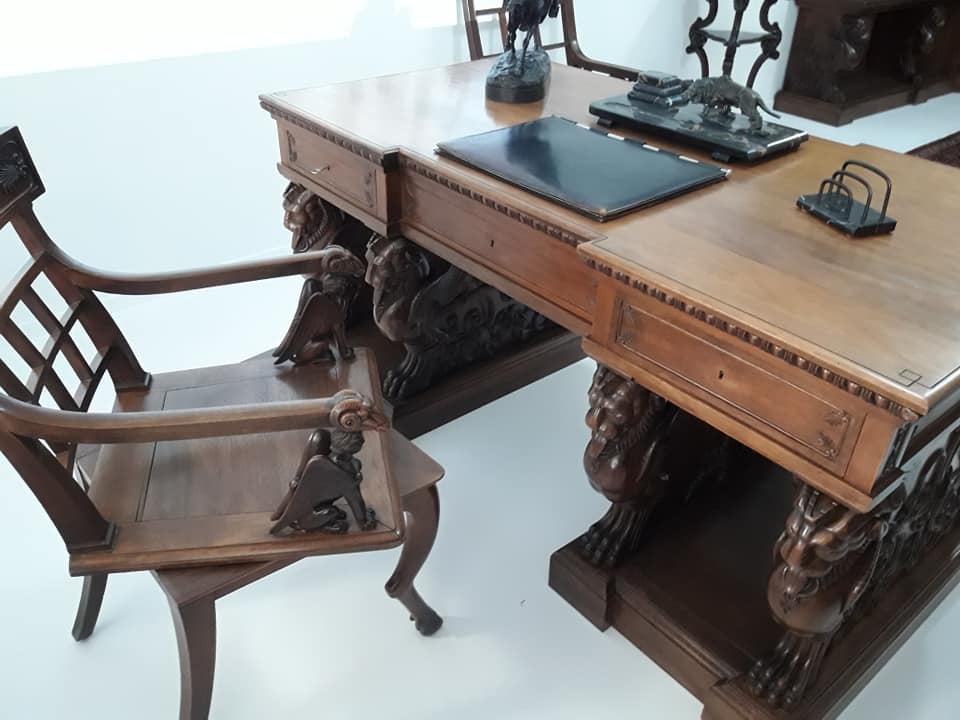 A few words about Slimane Furniture

The furniture of the office of Henry Schliemann, on the one hand, is a rare example of Greek material culture from the end of the 19th century and on the other hand, it is connected with two important personalities: it was designed by the architect Ernesto Chiller at the suggestion and on behalf of the archaeologist Henry Schliemann for his residence in Athens, the “Ilium Melathron“. 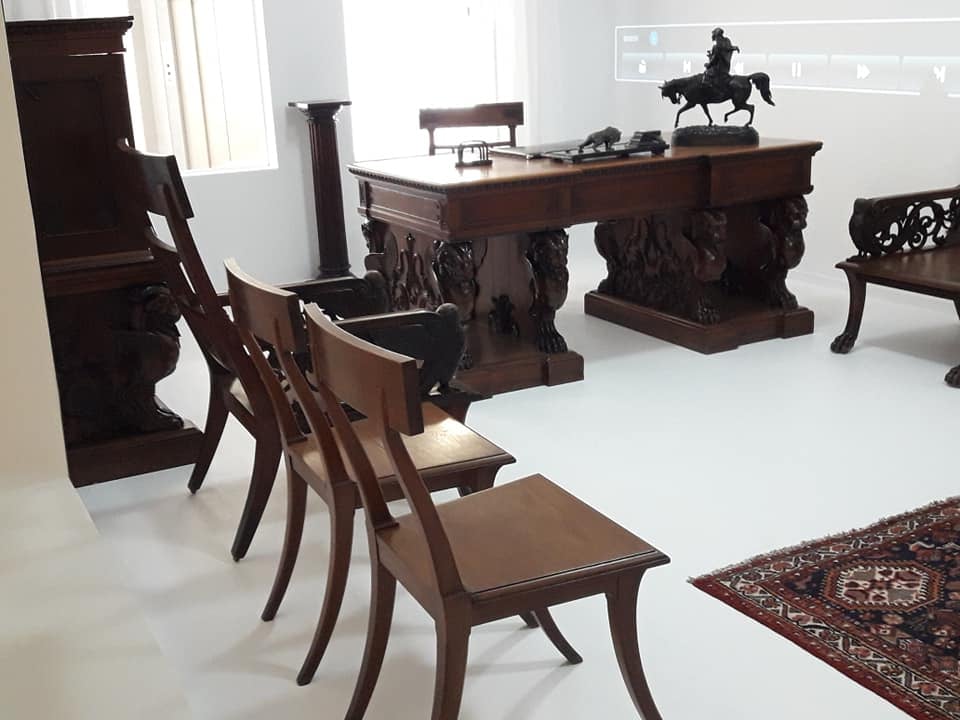 The furniture was made in Vienna in 1880 from walnut wood, and in 1955 the doctor Georgios Katsigras bought it from the antique dealer StathisKyrloglou – although it was also claimed by the then Queen Frederica – to place it in his office, first in the clinic and then in his personal surgery. They are accompanied by three bronze statues – of Penelope, Dionysus, and a horseman. They came into the possession of the Municipal Gallery of Larissa as a bequest of Georgios Katsigras in 1998, together with 1170 books and 57 additional works of art, completing the collector’s donation to the city of Larissa. Since then, they have been permanently exhibited at the Municipal Gallery of Larissa – Museum of G. I. Katsigra. In 2001, a ministerial decision designated them as works of art in need of special state protection.