Artemis Potamianou Solo exhibition “Which side are you on?” at Cable Depot Gallery (London) 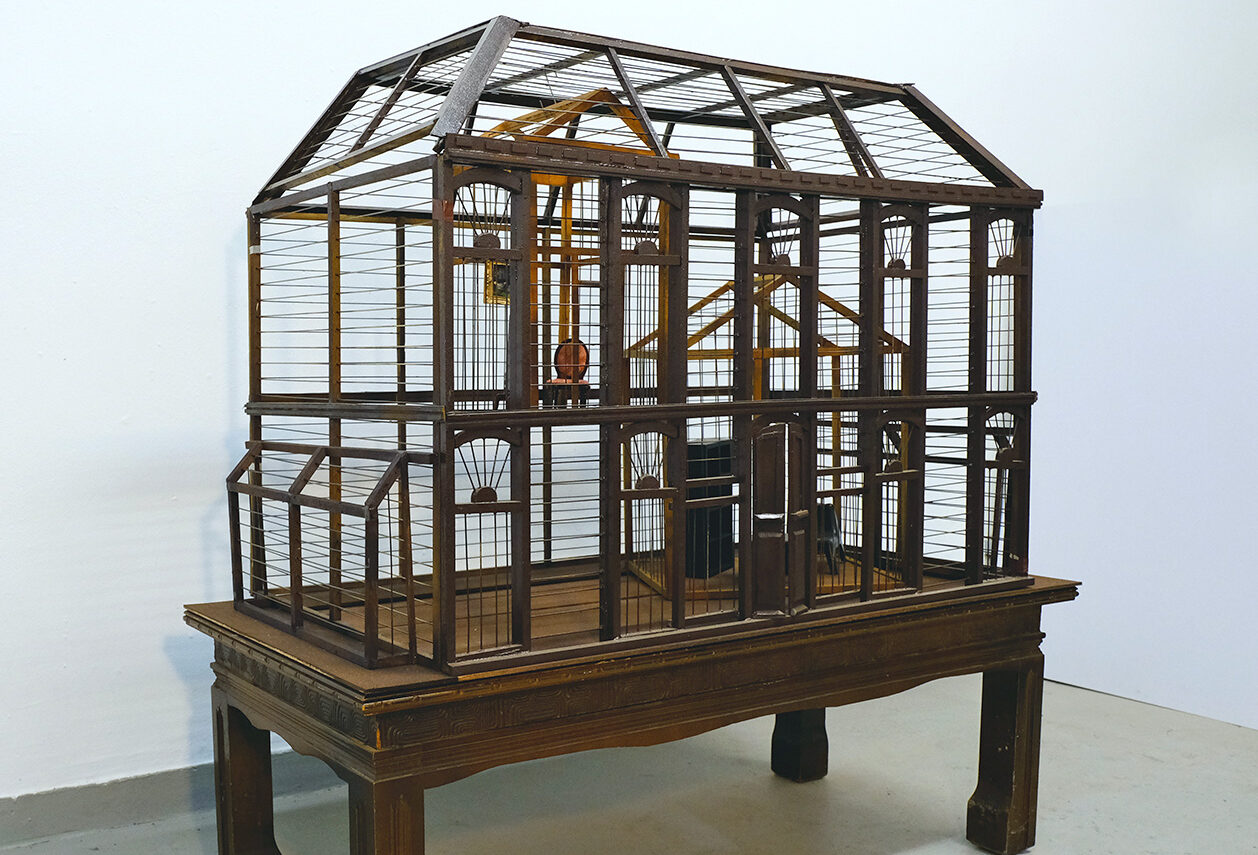 Cable Depot Gallery (London) presents on Saturday 3 September 2022 the solo exhibition of Artemis Potamianou entitled “Which side are you on?”. The exhibition will run until 7 December 2022.

The exhibition “Which side are you on? Dollhouse” is a poignant commentary on the social conditions that can be for a woman, protection or confinement.  The Cable Depot Gallery space is painted in a deep blue-petrol colour reminiscent of an old Victorian house. It is transformed into an in situ installation consisting of intricate cages that enclose objects – symbols of the choices a woman is called upon to make at different times in her life.

A doll’s house, a child’s crib, toys usually given to young girls to prepare them for the role of housewife and mother, a cancelled passport and clocks that show how differently time is measured in a woman’s life are “captured” inside cages and symbolize the social stereotypes that exist about the nature of women.

Cages have been a female preoccupation since Victorian times. The woman would have to train and “humanize” the exotic bird by making it sing, to make it relate to humans. This training was a woman’s business because of her role as a mother. This is why in paintings depicting cages throughout the history of art, female iconography is at the forefront, directly identifying exotic birds with the fragile female sex and domestic life. Paintings by well-known artists depict the female figure in front of an open cage releasing the trapped elfin bird. This movement indicates an attempt to free the woman herself from the rules and social stereotypes of the time. The old cages were often intricate structures, exact replicas of buildings.  The cages in the installation, continuing this tradition, borrow the form of deconstructed existing buildings from the history of architecture, becoming a bipartite symbol of prison or protection or both depending on the viewer’s perspective.  The cage can protect the bird from the harsh outside world and provide shelter, but it can also be a place of confinement. 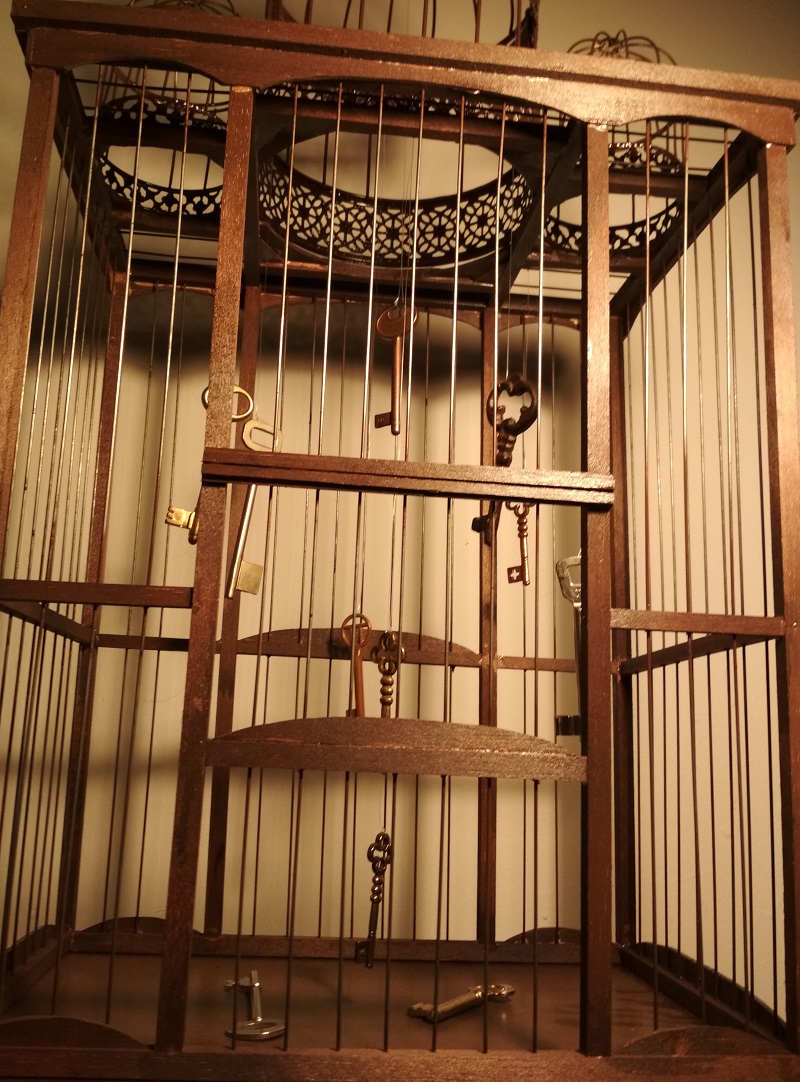 Entrance to the exhibition is free to the public.

Opening of the exhibition.