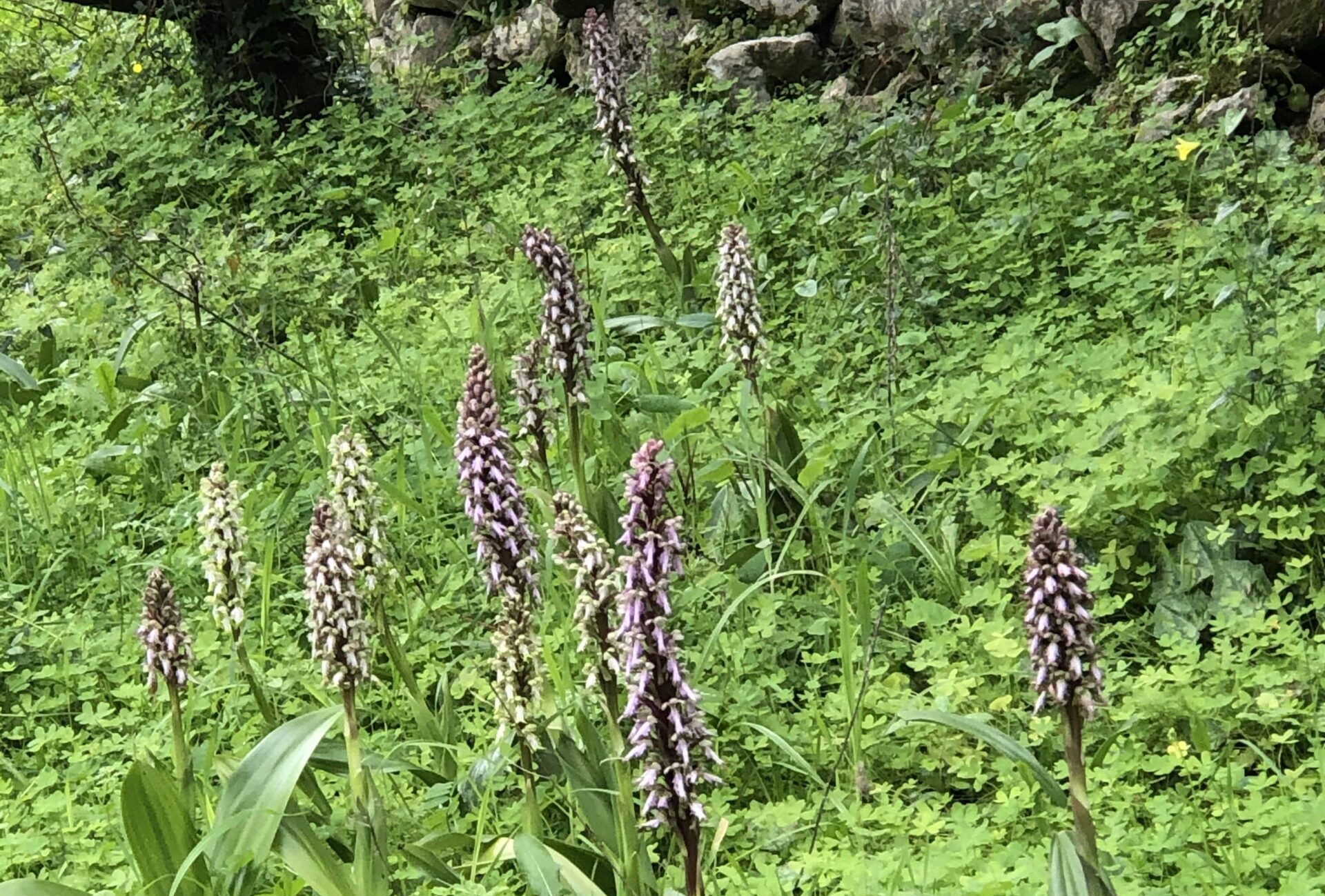 Himantoglosum robertianum, the giant orchid, is the largest orchid and the one that blooms first, reaching and exceeding half a metre. It has large leaves, flowers in dense inflorescence with various colours and grows in limestone soils , olive groves , bushes and forest clearings. It blooms from early February with its flowers having a light fragrance attracting many insects. It was named in honour of the French botanist Nikolas Gasport Robert and is a protected species. It is strictly forbidden by law to uproot it for planting in gardens as well as to cut its flowers. 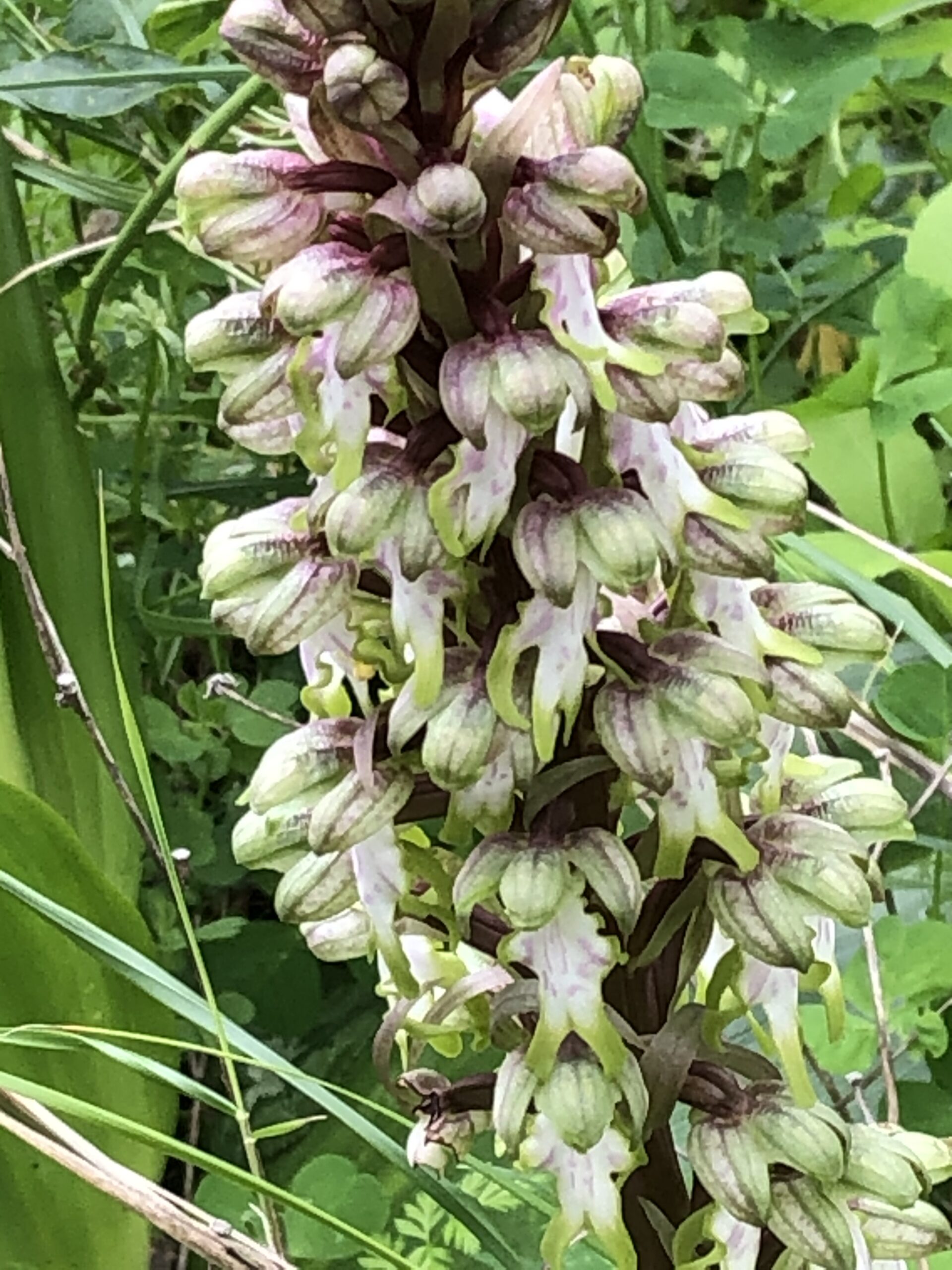