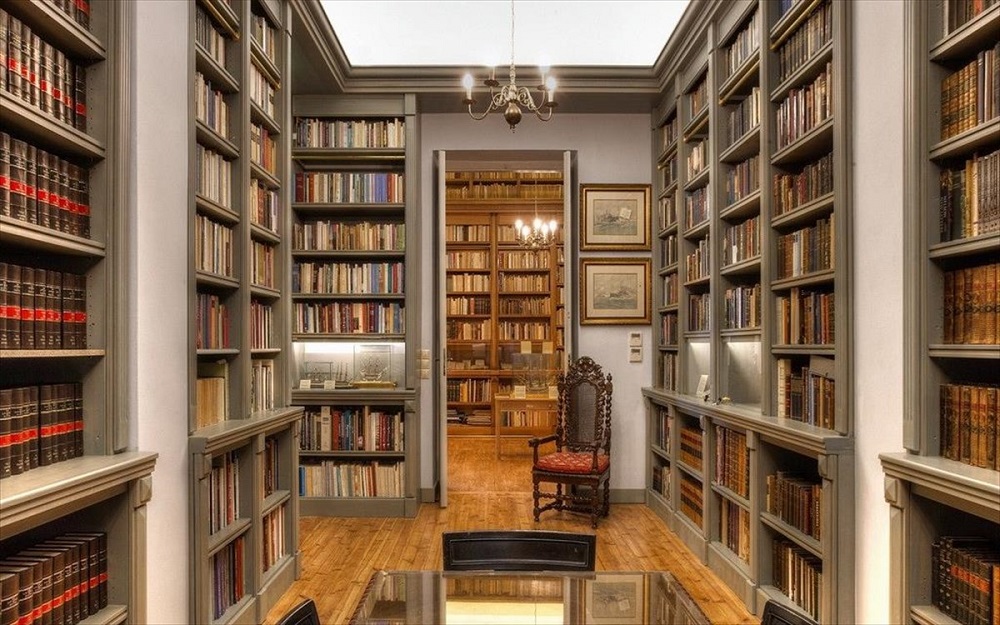 The Aikaterini Laskaridis Foundation opens its doors, on the occasion of the 100th anniversary of the Asia Minor Catastrophe, on Saturday, 28 May 2022, 12.30 – 22.00. With speeches, readings, film screenings, guided tours and music we welcome you to our buildings, the Historical Library, 2as Merarchias 36 & Akti Moutsopoulou and the building at 169 Praxitelous Street & Bouboulinas Street, in Piraeus.

The conference will be chaired by Euripides Garantoudis, Professor of Modern Greek Philology at the University of Athens, Athens, Greece. 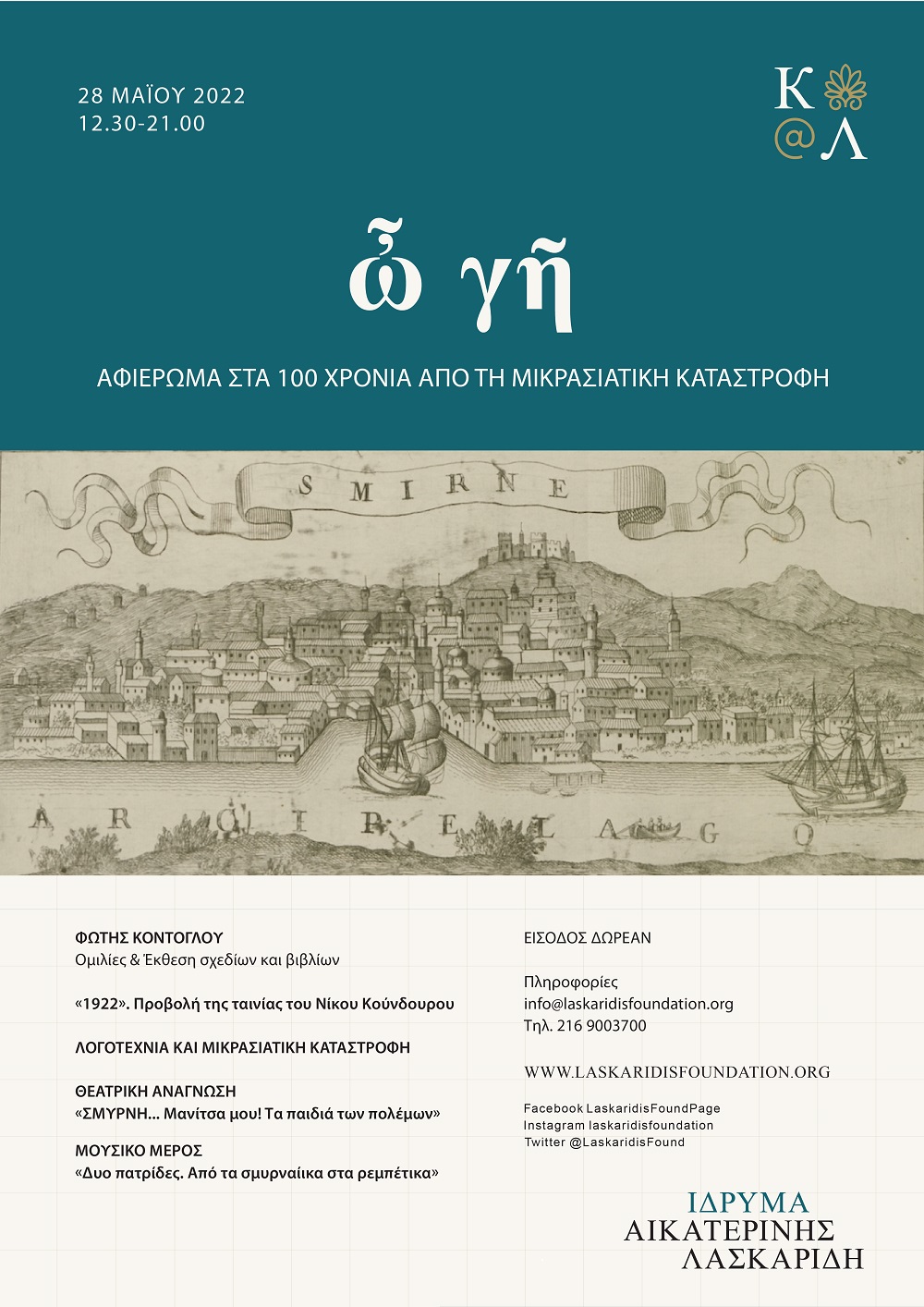 The first part of the events opens with speeches dedicated to the writer, artist and intellectual Fotis Kontoglou. The following will speak about his work: Sotiris Sorogkas, Painter, Eleni Skotinioti, Dr. Philology, Michael I. Asfentagakis, Dr. Christian & Byzantine Archaeology, University of Athens, Andreas Doulfis and Sotiria E. Kosma, PhDs in Christian & Byzantine Archaeology, University of Athens. Books written and illustrated by Fotis Kontoglou and donated to the Libraries of the Aikaterini Laskaridis Foundation will be presented by Christos F. Margaritis, Researcher, Associate of the Aikaterini Laskaridis Foundation and supporter of the Kontoglou exhibition. His grandson Fotis Martinos will share memories with the audience.

A special exhibition of rare drawings and books by Fotis Kontoglou from the collections of the Foundation’s Historical Library will be presented to the public with the possibility of a guided tour.

The speeches will be interspersed with a screening of the short film Light Illaron, directed by Thanasis Netas.

The second part of the events begins with the screening of the film 1922 by Nikos Koundouros, which is then followed by The Number 31328 by Ilias Venezis, with Thanasis Agathos, Rev. Professor of Modern Greek Literature. Tonia Kafetzaki, Historian, Educator and Evripidis Garantoudis, Professor of Modern Greek Literature, will speak on the imprint of the Asia Minor Catastrophe on inter-war prose and poetry, while Chrysothemis Stamatopoulou-Vassilakou, Hon. Professor of the Department of History and Literature, while Chrysothemis Stamatopoulou-Vasilakou Professor of Theatre Studies, will present the Theatre of Smyrna, from the 19th century to the Asia Minor Catastrophe.

A theatrical reading will follow, accompanied by piano and interspersed with songs that denote the times and places, with a parallel presentation of images and material of the period.

SMYRNA… My Manitsa! The children of wars

An experiential presentation of the events of the Asia Minor Campaign from the old diaries of Lieutenant Gerasimos Gennatas of the Greek Army, who commanded the first artillery division of the 27th Regiment, from 1919, in the Asia Minor Campaign, during which he lost his brother Fotis Gennatas, killed in action, on 8 July 1921. On 28 May 1948, the second Fotis Gennatas, the son he had with Gethsemane (Manitsa) Kechagioglou, was killed. A story of loss, set against the backdrop of Smyrna at the beginning of the 20th century, comes to life through the narratives of Mania Papadimitriou, Athena Hadjiazianasiou and Menelaus Kyparissis.

The conference will also be shown online, through the zoom platform.